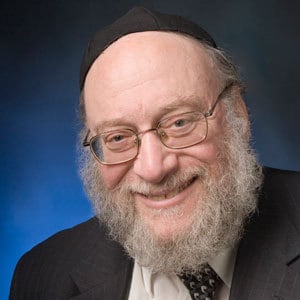 Editor’s Note: This essay is part of a series of reflections in memorium for Dr. Yaakov Elman, which includes articles by Mahnaz Moazami, Shana Strauch Schick, Meira Wolkenfeld, Shlomo Zuckier, and Richard Hidary.

Prof. Yaakov Elman was a remarkable combination of complexity and single-mindedness. Yaakov was a traditional talmid hakham and simultaneously an outstanding practitioner of academic study of Talmud at Yeshiva University and Harvard, honored as a Fellow of the American Academy of Jewish Research, while continuing to see Rav Hutner as his mentor and inspiration.

He was deeply concerned, even pessimistic, about the state of contemporary Judaism and hoped against hope that his own brilliant and wide-ranging work would contribute to its rejuvenation as a home of sophistication, breadth, and enduring commitment. His path-breaking demonstration of the interaction on the part of the Amoraim with their cultural environment, the Maharal’s engagement with Renaissance ideas, and the hasidic dimension of Rav Hutner’s thought were all part of an integrated, focused quest for this rejuvenated Judaism.

His fierce commitment extended to his students, as he worked to place them in academic positions, and as he commented on drafts of doctoral dissertations even in the last months and weeks of his illness. His heroic, awe-inspiring battles against his physical tribulations can be addressed far better by people closer to him than I.

I will add one additional observation: I have often said that the most daunting question posed to professors is, “What are you working on?” It is because of this question that full professors with tenure are impelled to continue to write. In Yaakov’s case, the question could hardly ever be posed. After a perfunctory hello, one would immediately be told, with effervescent, infectious, almost childlike enthusiasm, of the new insights that he had uncovered in the past week.

Hazal tell us that we should approach mitzvot in a way that would make them seem new every day.  When Yaakov spoke of his research, this injunction was superfluous. No renewal was necessary. Everything actually was new. No one I have met can be characterized as a ma‘ayan ha-mitgabber more fittingly than Yaakov Elman.