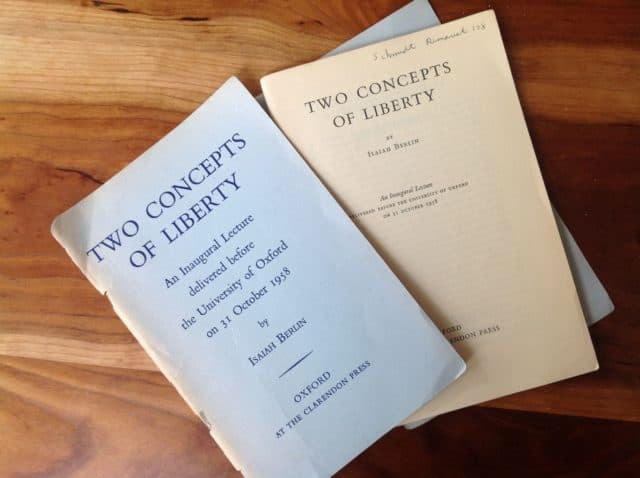 When the Jewish nation was released from Egypt, it attained the status of freed slaves, a feat we celebrate on Pesah. Upon receipt of the Torah, marked on Shavuot, they took on another, more elevated status. Halakhah offers a useful way to understand these two different conditions and the relationship between them, in a discussion of two different ways in which a slave can be released by his master.

The Talmud, in a lengthy discussion at Gittin 37b-40b, raises the question: By what process is a slave emancipated? Simply by the master’s oral declaration or other circumstances triggering his freedom? Or is it also necessary for the master to issue a document proclaiming the slave free? The Gemara suggests that there can be two different kinds of release, with different halakhic consequences: one that merely removes the slave from his duty to obey his master, while giving the slave the right to dispose of his own physical assets; and an alternative release that also permits the slave to marry a Jew and to be fully subject to all of the Torah’s commandments.

The relevant discussion is elliptical, but the Talmud offers the statement that in certain instances “a slave is released but the slave [still] requires a get shihrur.” But if the slave is already “released” why is the document needed, and what is its effect?

The Ran, in his comments to 39a, explains that the first form of release is effective “with respect to the work of the slave’s hands” (le-inyan ma’aseh yadav), while the get shihrur is needed to permit him to marry a Jewish woman (lehattiro le-vat yisrael).

The Tosafot Rid (at 38b), among others, makes the same point. A free Jew cannot marry a slave, who is bound by a mere subset of the Torah’s commands; a free Jewish woman can only marry a free Jewish man — a man bound by all of the Torah’s commandments. The Tosafot Rid distinguishes between the master’s abandonment of the slave, which gives the slave ownership of his own body, and a get shihrur. Only this document of manumission allows the former slave to fully escape from the legal status binding a slave, which prominently includes the inability to marry a free person and to accept upon oneself the full set of obligations imposed by the Torah through conversion. Similarly, the Minhat Hinnukh (mitzvah 42) explains that “a slave is subject to two different statuses (kinyanim): one a property interest to the product of his labor, and one similar to the status of marriage, ”which determines both whether he may marry a Jew or a non-Jew and whether he is fully obligated by all of the Torah’s commandments.”

These two halakhic categories of release from slavery are properly understood as two kinds of freedom. Verbal or situational release removes the physical and legal constraints that strip a slave of control over his own body and time. But the existence of a second kind of release, with different consequences, suggests that the first does not complete the job. As the halakhah indicates, the person who been released based merely on words or the situation at hand has not been entirely freed.

What is this second kind of freedom? It goes beyond the mere power to control one’s physical and financial existence: it is the power, or legal status, necessary to enter into a covenant with someone else. The link of marriage to halakhic obligation expresses the idea that the same full measure of freedom is needed to enable one to enter into either of these relationships.

This distinction is ripe with meaning. It calls our attention, on the one hand, to the fact that both marriage and halakhic commandedness are covenants, not mere contracts — they are agreements that define the status of the contracting parties, not simply one-off exchanges of value. And both require full control over one’s very self, not merely over what one does, because only a person with such control has the ability to enter into an identity-governing agreement. Both marriage and the decision to be a Jew, subject to mitzvot, are such commitments: they are definitional to our being rather than a mere imposition of obligations to do or refrain from doing specific acts.

With this important distinction in mind, it may serve us well to turn to the taxonomy between negative and positive liberty proposed by Isaiah Berlin in his “Two Concepts of Liberty.” The former, he suggested, was the absence of constraint, a state in which a person is unhindered in choosing what actions to engage in or refrain from. “Positive liberty,” by contrast, Berlin suggested, is the status of being able to fulfill one’s purpose and destiny as a human being.

Halakhah’s positing of these two different kinds of release maps onto these two different ideas of liberty. A slave given only an oral release, who acquires control over his physical and financial existence, can be understood as having attained negative liberty. A slave who is given a get shihrur, by contrast, receives a veritable bill of rights; he has the freedom to choose to marry a Jew and to submit to the Torah’s commandments. These two different statuses — in the Torah’s eyes — allow a person to fully express his humanity, both in relation to other people and in relation to the world and to God.

The acceptance of the Torah at Sinai is not an independent stage; it builds upon the freedom gained following the Exodus from Egypt. While the Israelites didn’t receive a literal writ of emancipation from Pharaoh, they gained it through their desert sojourn leading up to Sinai. As the name “Shavuot” implies, it takes weeks of growth and developing emancipation to move from Pesah to a higher level of freedom. With the perspective of a two-tiered approach to the acquisition of freedom learned from the halakhot of emancipation, we can better appreciate the full significance of accepting the Torah. Only a truly free people, not only physically but spiritually removed from their servitude, can enter a divine covenant and accept the Torah as their guiding document.