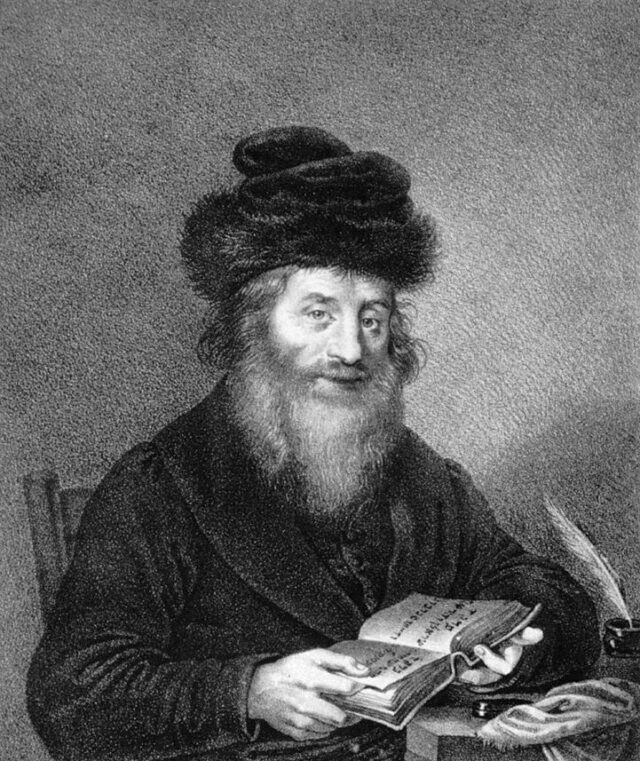 The Tokhehah, Deuteronomy 28’s litany of horrific curses that will befall us if we fail to heed God’s word, contains no shortage of diseases and plagues: “The Lord will make pestilence cling to you” (Deut 28:21); He will strike us with “consumption, fever, and inflammation” (v. 22), “incurable Egyptian boils, hemorrhoids, festering sores, and itch” (v. 27), “painful, incurable lesions on the knees and thighs” (v. 35). Toward the end of the Tokhehah, the warnings become less specific: “The Lord will inflict extraordinary plagues upon you and your offspring – widespread, chronic plagues and horrible, chronic diseases. He will bring back upon you all sicknesses of Egypt, that you so dreaded, and they will cling to you” (vv. 59-60).

The Tokhehah’s final reference to plague and disease is even more general, a blank check for any unknown illness, perhaps even zoonotic diseases that had not yet jumped to the human population, to afflict the wayward Jewish people. This open-ended curse stands out during this age of COVID-19: “Also, all the diseases and plagues that are not written in this book of the Torah – the Lord will bring them upon you until you are wiped out” (v. 61).

Hatam Sofer addressed this midrash in a sermon he delivered during the week of Parshat Ki Tavo in 1831, at the height of the infamous cholera pandemic. He began by posing two questions: First, what does the word “also” (“gam”) add? The Tokhehah’s litany of 98 curses implies that each adds to everything listed previously, so introducing this curse with “gam” seems superfluous. Second, once the midrash tells us that the death of sages is one of the Tokhehah’s curses, it is no longer “not written in this book.” It is there, even if not immediately apparent in a straightforward reading.

He answers these questions, explaining the midrash based on his experiences of that year, “when the plague, may the Merciful One save us, [was] rampant in the provinces, and, in addition, several Jewish sages died of causes other than the plague.” The “also” that refers to the death of sages means that the sages will die as the plague rages – but not necessarily from the plague (which had already been written, in v. 21). Had the sages died in the plague, they would be regarded as victims of its caprices. Had they died after the plague subsided, the full horror of these two curses would be mitigated by time. Thus, “also, all the diseases” must refer to a curse that coincides with the diseases already mentioned, yet remains distinct from them. According to the midrash, this comes to be when sages die from other causes as a plague rages. Two distinct curses compound each other.

It is hard to imagine a more apt description of the past few months. If the effects of COVID-19, in terms of socioeconomic destabilization and sheer body count, have not been tragic enough, we have also lost many of our greatest and most unique sages, whose contributions to the world of Jewish learning are inestimable. It is still hard to digest that we have lost them all in just the last six months.

At the end of Sotah, the Mishnah tells us that when certain Sages died, no one was left to exemplify precisely what they exemplified. These are the types of sages we, too, have lost:

When Professor Ruth Gavison passed away, we lost the last of the classical Zionist thinkers, able to articulate the need for Jewish statehood and dream of an Israeli-Jewish secular-religious social contract for it.

When Rabbi Dr. Norman Lamm and Rav Adin Steinsaltz passed away, the rare combination of scholarship and playfulness died with them. Rabbi Lamm represented the magnificent synthesis between American Orthodoxy and a unique era of American modernism. Rav Steinsaltz ushered in a new era of making the Talmud – and other core Jewish texts – available. The surge of interest in the Talmud that we have witnessed over the past half-century, and the insistence of every type of Jew that they, too, have an ownership stake in the world of Jewish learning, owe a great deal to Rav Steinsaltz. Yet both of these sages had a gleam in their eye and were quick with their wits. They were able to challenge us because they were able to disarm us first.

Rebbetzin Chaya Ausband and Rebbetzin Rachel Altein made crucial contributions to women’s Torah education that remain largely – and perhaps deliberately – unknown and unsung. I know of them only through tributes penned by others, and I acknowledge the implicit bias of placing two nonagenarian women of rabbinic pedigree, transplanted from Greater Lithuania to American soil, in the same paragraph. And yet, the relative anonymity of both of these extraordinary educators may indicate that they each achieved success within the formidable constraints of the worlds they inhabited.

Professor Yaakov Choueka and Rav Shmuel Ashkenazi ushered the Jewish book into a new era. Prof. Choueka – “Uncle Jacquo” of Haim Sabato’s semiautobiographical novels – was a pioneer in the digitization of the Rabbinic corpus. He helmed the Bar-Ilan Responsa Project in its formative years, and, more recently, he worked on the digitization of the Cairo Genizah, the famed cache of Jewish documents from the city of his birth. That we can search and access entire Jewish libraries from our phones is part of his legacy. Rav Ashkenazi, on the other hand, used a typewriter for his monumental contributions to encyclopedias, thesauri, critical editions, bibliographies, and lexicons, as well as for the books, articles, and vast correspondence that he authored. When he passed away, stewardship of knowledge of the Hebrew book passed from man to machine.

Rav Zalman Nehemiah Goldberg was one of the last of the “Jerusalem nobles,” whose attitudes toward Torah study and the Jewish people somehow managed to remain above the partisan fray. He was known for generously dedicating the time to test and ordain young men who wished to accept rabbinical posts; for giving regular classes at Hesder yeshivot when it ran counter to the Haredi consensus; and for formulating halakhic opinions that intersected with matters of law, medicine, and technology.

Professor Ada Rapoport-Albert was a trailblazing scholar in the study of Hasidism and Sabbateanism, and the study of gender in Jewish spiritual movements. Rav Chaim Dov Keller, the rosh yeshiva of Telshe Yeshiva in Chicago, who himself attended Yeshiva University, was one of the most strident critics of Modern Orthodoxy and of Yeshiva University under Rabbi Lamm’s presidency. Rav Yaakov Perlow, the Novominsker Rebbe, the articulate spokesman and president of Agudath Israel of America, managed to forge a particularly American synthesis of Lithuania’s yeshiva, Ukraine’s Hasidic court, and Frankfurt’s careful engagement with the outside world. Rav Yisrael Moshe Friedman, the Sadigura Rebbe, also forged a path that straddled multiple worlds – and led communities on three continents – allowing him to play a unifying, bridge-building role. Rav Eliyahu Bakshi-Doron, the former Rishon le-Tziyyon, was an interfaith pioneer in Israel and a surprising critic of rabbinic overreach in the corridors of power.

There are certainly other sages and luminaries who have escaped my notice or recall. It is hard enough to remember those who passed away during the early stages of the pandemic. We are indeed living through the curse described by Hatam Sofer in 1831.

The Talmud (Megillah 31b) records that Ezra the Scribe ordained the reading of the Tokhehah before Rosh ha-Shanah. Abaye (or perhaps Resh Lakish) explains why: “So that the year may conclude together with its curses.” Those of us who are able to congregate this Shabbat and hear the Tokhehah read aloud will surely have this dictum on our minds, as we hope and pray that the calamity and misfortune of 5780 ends, and a new year of blessing begins when the calendar turns to 5781.

[1] This midrash is first attested in the works of R. Yonatan Eybeschutz (Ya’arot Devash and Ahavat Yehonatan) in the mid-1700s. Within decades, leading rabbis and darshanim – including R. Yehezkel Landau, R. Mordechai Banet, Hatam Sofer, R. Akiva Eger, R. Nahman of Breslov, and many others – were quoting and offering novel interpretations of it. On this phenomenon of late, bizarre midrashim and their incorporation in homiletic literature, see: Yaakov Shmuel Spiegel, “Midrash Peliah: According to the Darshanim in the Sixteenth- to Seventeenth-Centuries”, Mahanayim, vol. 4 (December 1992): 258-268 (Hebrew). I am grateful to Maoz Kahana for this reference.