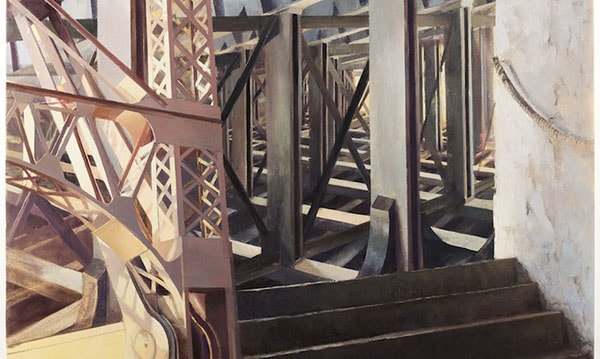 While we are often driven to question and study in order to resolve or eradicate doubt, studying Torah and Talmud in particular can often leave us with more questions than answers. Rabbi Louis Jacobs addresses this issue in his book, Teyku:The Unsolved Problem in the Babylonian Talmud (Cornwall Books, London; 1982) where he reviews over three hundred talmudic debates that remain unresolved and close with the word teyku, “let it stand [unresolved].”

Doubt then is ubiquitous in Torah study, but what is its function? Francis Bacon, a seventeenth century english philosopher and scientist, advocated two specific roles for doubt in the pursuit of knowledge:

The registering and proposing of doubts has a double use; first it guards philosophy against errors, when upon a point not clearly proved no decision or assertion is made (for so error might beget error) but judgement is suspended and not made positive; secondly, doubts once registered are so many suckers or sponges which continually draw and attract increase of knowledge; whence it comes that things which, if doubts had not preceded, would have been passed by lightly without observation, are through the suggestion of doubt attentively and carefully observed (Francis Bacon, The Advancement of Learning,1605, reprinted in Francis Bacon: History, Politics and Science, 1561-1626 [Cambridge: Cambridge University Press, 1993], 356-57)

Teyku is one example of the suspended judgment that Bacon proposes as the first function of doubt. The second function, that of increasing knowledge, finds a striking parallel in the writings of the fifth Rebbe of Chabad, Rabbi Shalom DovBer of Lubavitch (1860-1920) who contrasts the study of Mishnah to that of Talmud. While the study of Mishnah is straightforward, that of Talmud is inherently complex. Yet paradoxically, the study of Mishnah does not generate novel ideas and perspectives in the way that Talmud does. Rabbi Shalom DovBer illustrates this with two models of light: direct light (אור ישר) and refracted light (אור חוזר). The direct light of ohr yashar represents inspiration that is manifest directly and clearly but which is inherently limited. The refracted light of ohr hozer represents the kind of novel inspiration that can only emerge through wrestling with a problem or struggling through opacity (Sefer ha-Ma’amarim [5666], 78-81).

As Rabbi Yohanan espoused his opinion on a particular law, Rabbi Elazar ben Pedat would cite a beraita that supported Rabbi Yohanan’s position. When this pattern repeated itself consistently, Rabbi Yohanan exploded in frustration shouting: “Are you like the son of Lakish? When I stated the law, the son of Lakish would raise twenty four objections and I would give twenty four answers, which would then lead to a fuller understanding of the law. But you say: ‘A beraita has been taught which supports you’—Don’t I already know that my dicta are right?” (Bava Metzia 84a).

Rabbi Yohanan’s ability to study Torah and creatively interpret the law was contingent on Reish Lakish’s “doubt,” provided in the form of counter-arguments and questions which then led to a better understanding.

A further insight into Reish Lakish’s approach to Torah study can be gained from his positive interpretation of Moshe’s breaking of the luhot (Exodus 34:1) suggesting that God says:

“ישר כחך ששברת”—rather than berating Moshe, he congratulates him: “well done for breaking them” (Shabbat 87a).

How is that possible? Why would God approve?

Furthermore, Reish Lakish seems to be contradicting Rabbi Elazar’s opinion that the use of the word “חרות”—“engraved” in the description of the luhot implies that, had the first tablets not been shattered: “Torah would not have been forgotten from Israel” (Eruvin 54a).

Rabbi Yitzchok Hutner (1906-1980), elegantly reconciles these two contradicting views of Reish Lakish and Rabbi Elazar in his work, Pahad Yitzhak (Shavuot 18:16). In his unique hassidic approach, Rav Hutner suggests that rather than reading Reish Lakish at odds with Rabbi Elazar, we should read Reish Lakish’s assertion as encompassing that of Rabbi Elazar. God congratulates Moshe for shattering the luhot in full knowledge of the forgetting of Torah that this is causing.

The Pahad Yitzhak’s reading is consistent with the saying attributed to Reish Lakish:

“פעמים שביטולה של תורה זהו יסודה”—“At times, the abolition of Torah is [indeed] its establishment” (Menahot 99a-b). Reish Lakish is not afraid of “forgetting” Torah, indeed he seems to be embracing it.

But how can ‘abolition’ and ‘forgetting’ play a part in the foundation of Torah?

We can understand forgetting as the opposite of certainty. Certainty might be comforting at first, but it precludes the need for further investigation, questioning, or indeed study. We saw how certainty and confirmation were stifling and limiting Rabbi Yohanan’s study and how he desperately missed the expansion of Torah instigated by Reish Lakish’s questions and doubt.

Rabbi Hutner is suggesting that for Torah to remain alive within us, a shattering is necessary. He contrasts the simplicity of the smooth luhot with their words of commandment clearly engraved with the scattered nature of the shards. The first is the embodiment of clarity, the latter the epitome of doubt. But Torah comes alive, not in the smooth certainty but in the demanding yet captivating labor of reconstruction. Torah requires us to engage our minds in elucidation, interpretation, and resolution. It is precisely the doubt caused by the shattering that creates the Kol Torah, the sound of arguing and deliberating in the Beit Midrash that has resonated throughout the ages in Jewish communities around the world.