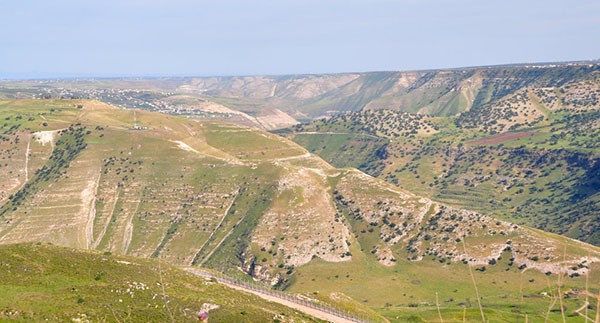 Rachel Bluwstein (1890-1931) and Leah Goldberg (1911-1970), two giants of modern Hebrew poetry, are poised to achieve new prominence in Israel as the faces of the new 20- and 100-shekel notes issued by the Bank of Israel. Below are translations of Rahel’s poem, “Kinneret,” and of Goldberg’s poem, “Pine.” Both poems attend to features of the natural world around the speaker, and reflect, in light of them, on youth and on the changes wrought through time. In both poems, the speaker directly turns, at the end, to these elements of nature, and addresses them in the second person. As Jonathan Culler has observed in his book, The Pursuit of Signs, the effect of this poetic device, apostrophe, is to stall time by transforming the poem itself into an ever-present event. Bluwstein’s and Goldberg’s poems, like some of the poems that Culler analyzes, thus make use of apostrophe simultaneously to depict and also either to defy the dynamism of time (in Bluwstein’s case) or to expose its intrinsic complexity (in Goldberg’s).

The ideas and themes on which these poems meditate are hardly specifically Jewish, although both concern the landscape of the Land of Israel. But as Hebrew works, they take their place in the Hebrew literary tradition, and inevitably converse with their predecessors, first and foremost the Bible.

The final words of Rachel’s poem, for example, are חסד נעורים—translated “this first kindness”—and refer to the natural beauty of the Kinneret and its environs. This phrase derives from Jeremiah 2:2, wherein God recalls חסד נעוריך, the kindness or loyalty of Israel’s youth, when Israel followed God into an unsown wilderness. The natural scene that serves as a backdrop for Jeremiah, as the occasion for kindness, emerges, in Rachel’s poem, into the foreground, as the very agent of kindness.

Goldberg’s poem, emerging from her experience as a transplant from Russia to Mandatory Palestine, speaks of a double-rootedness that is therefore also a rootlessness. Her first home she calls, in retrospect, a “strange land,” ארץ נכריה, a phrase that Moses employs in naming his first son, Gershom, “because I was an alien in a strange land.” The poem thus aligns the poet’s experience with that of Moses, who is quintessentially in-between, a man born Israelite, raised Egyptian, and married Midianite, a man who finds his only home in the wilderness migration.

The value of these poems, and of the two poets’ oeuvres more generally, is not, of course, exhausted by their poetics of biblical allusion. Their value arises, in the first instance, from the experience of reading them. I have attempted, in the English translations, to preserve this experience by conveying, as closely as possible, if inevitably incompletely, both the semantic content of the poems and the poems’ rhythms and rhymes.

Rachel, “Kinneret”
The Golan mountains: Reach and touch them!
With quiet assurance they say: Be still.
Alone, alight, Papa Hermon drowses,
And from the white peak comes a chill.

There at the shore is a lowly palm.
Like an impish boy with hair unkempt,
Who has scrambled down and stirs his legs
In Lake Kinneret.

How many winter flowers on the Kerak;
Anemone blood and crocus gold.
There are days when the green is sevenfold green,
And azure the sky seventyfold.

Though I should grow poor and walk bowed,
And my heart be as by strangers desolate,
Could I betray you? And this first kindness
Could I forget?

Leah Goldberg, “Pine”
Here I won’t hear the cuckoo’s cry.
Here the tree won’t wrap its head in snow.
But in these pines’ shadow

Is all my childhood, come back to life.
The tinkle of needles: Once it was,
I called the snowy expanse my home.
Greenish ice congealing streams,
A singing tongue in a strange land.

It may be migrating birds alone,
Dangling between earth and sky,
Know this ache of two homes.