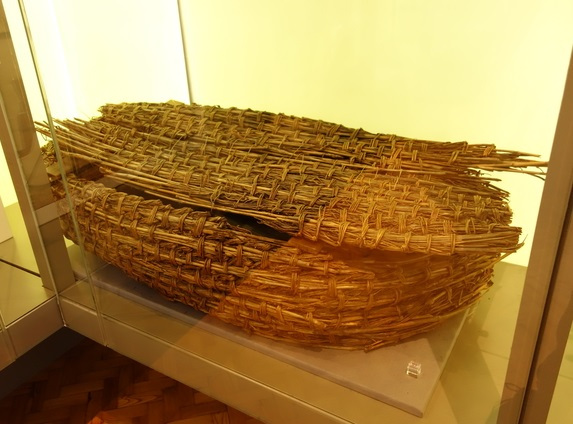 The Talmud (Sotah 12a) presents a very different picture of Moses’ family than what seems to emerge from a simple reading of the book of Exodus:

Amram…when he saw that the wicked Pharaoh decreed, “Every son that is born you shall cast into the Nile,” he said, “We are struggling in vain.” He arose and divorced his wife…His daughter said to him, “Abba, your decrees are worse than Pharaoh’s. Pharaoh decreed only on the males, but you decreed on the males and the females. Pharaoh decreed only in this world, but you [decreed] in this world and the world to come. Pharaoh, who is wicked, there is a doubt whether his decrees will be fulfilled or not. You, who are righteous, your decrees will certainly be fulfilled…” He arose and brought back his wife.[1]

The image is of parents who had lost hope, who had despaired of any purpose of having children in face of Pharaoh’s cruel decree. But this presentation seems to contradict the description in the Torah itself of parents who made every effort to hold onto their baby for as long as possible:

The woman conceived and bore a son; she saw that he was good, and she hid him for three months.[2] When she could hide him no longer, she got a wicker basket (teiva) for him and caulked it with bitumen and pitch. She put the child into it and placed it among the reeds by the bank of the Nile[3]” (Exodus 2:2-3).

Far from despairing, the special basket they make to save the life of the baby seems to display a degree of hope far in excess of what the average Israelite in Egypt had at the time.

It is true that the verses in the Torah mention only the mother building and placing Moses in the teiva. One might plausibly suggest that the Talmud is picking up specifically on Amram’s absence from the story to highlight his lack of hope in comparison with the rest of the family–his daughter who convinced him to remarry and have more children and his wife who attempted to save their son’s life through the teiva. However, since the Talmudic passage makes no explicit contrast between husband and wife–only between father and daughter–I think it is fair to assume that the two parents were on the same page.[4] Under this assumption, though, the contradiction remains when reading the Torah verses in tandem with the Talmudic passage: the two parents who had despaired of all hope for future children also hopefully built a teiva to save their son.

It may be that the Talmud understands that Amram and Yokheved’s hope, which resulted in constructing the teiva for Moses, only emerged after the conversation with their daughter Miriam. As the Talmud portrays, these parents had given up all hope of having future children to the extent that they separated. But once their daughter Miriam inspired them to reunite and not despair of future children their hope was rekindled, to the extent that they built a teiva on the small chance that it could save their son’s life, as the verses in the Torah convey. However, no textual source is brought to support the notion that Miriam was the source of their hope. More importantly, a subsequent passage in the Talmud indicates that if Miriam had indeed inspired them to hope once again, this hope was rather short-lived:

[Miriam] said, “In the future, my mother shall give birth to a son who shall save Israel.” When Moses was born, the entire house filled with light. Her father arose and kissed her on the head. He said, “My daughter, your prophecy has been fulfilled!” When he was cast into the Nile, he arose and smacked her on the head and said to her, “My daughter, where is your prophecy [now]?” This is the meaning of the verse, “His sister stood at a distance to know what would be done to him (Exodus 2:4).” [She wanted] to know what would be in the end with her prophecy.[5]

This passage provides the first hint of a textual source for the understanding that Miriam had more hope in her brother’s ability to survive than her parents did. “His sister stood at a distance to know what would be done to him.” It was only his sister, only Miriam, who stood there to see what would happen, who had hope that he might encounter a fate other than death. Where were his parents? They had seemingly lost hope. But how could that be? How could the parents who made him the special basket to protect their son in the river suddenly lose hope that it might be effective?

We tend to take for granted that the purpose of the basket was to protect the life of baby Moses. After all, what else would be the purpose of such a thing? The Torah even hints at this by calling it a teiva, the same word used for Noah’s ark (Genesis 6:14), which protected him from the waters of the flood. But maybe this wasn’t the function of the basket. Archaeologist Richard Freund writes:

Walking through the Cairo Museum on my last trip to Egypt, I noticed on display small baskets for infants that were generally thought of as “burial baskets.”…The mother of Moses placed him in a burial basket and then placed the basket in the Nile as a cheap and meaningful burial for a child that Pharaoh had ordered to be “cast into the Nile.”[6]

Yokheved and Amram were not trying to save Moses with the basket. If we follow Freund’s theory, they were actually trying to give their son a decent burial. They sought to preserve his humanity by giving him the burial that was denied to the other Jewish baby boys who were just tossed in the river. But actually saving his life was beyond what they could imagine. The Torah may be hinting to the reader that the basket would ultimately save his life by using the word teiva, but at the time that it was made the only one who realized its life-saving potential was Miriam. Moses’ parents put the basket in the river. They said what they presumed to be their final goodbyes and went home, having despaired of the life of their child. Only the young Miriam stayed behind. Only she believed there might yet be hope for her baby brother.

It is likely that the authors of these passages in the Talmud were more familiar with ancient Egyptian burial practices than a more modern reader would be. Once we understand that the basket was never intended to save Moses’ life, the contradictions between the Talmud and the simple reading of the text disappear. His parents were not hopeful and optimistic as we initially thought. While Miriam was able to convince them to remarry and try to have more children, they never believed that a wicker basket could save their son from his fate. They had indeed despaired of protecting their son from Pharaoh’s cruel decree, and so they “buried” him in the basket and left him in the river. Armed with this knowledge, along with the textual anomaly of only the young Miriam waiting to see what would happen, the rabbis of the Tamud were able to creatively imagine what the rest of the story might have looked like in a way that gives us deep insight into the different responses of Moses’ family members to this seeming tragedy. The rabbis show us the striking contrast between Miriam’s extreme hopefulness and trust in God and her parents’ more pragmatic and accepting approach to life’s unfortunate circumstances. With this new understanding of the teiva, the Talmud’s story fits beautifully with the text of the Torah and brings the internal dynamics of Moses’ family to life.

[1] All Talmudic translations are my own.

[4] I believe the Torah mentions only the mother because she did the physical actions of acquiring the teiva, putting the baby in it, and carrying it to the river, while the Talmud mentions only the father because they saw him as the patriarch and default decision-maker for the family. Therefore, neither should be taken to imply that the other parent was not in agreement with the decisions being made.