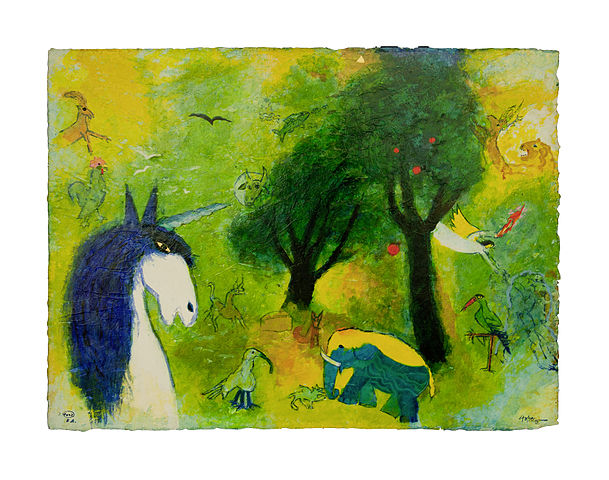 “It is not good for man to be alone” (Genesis 2:18): this is God’s paean to human romance, an affirmation of the need for companionship, the inspiration of many a shadkhan (matchmaker).[1] Or is it? This characterization of the verse is certainly an accurate portrayal of Ramban’s interpretation. Rashi, however, offers an oft-neglected alternative approach, which stands in sharp contrast to Ramban’s explanation. For Rashi, the problem with man being alone is not one of loneliness but one of hubris. A renewed focus on Rashi’s interpretation can serve as a needed counterbalance to an ethic of imitatio dei, which countenances human beings to strive to be like God.

In Ramban’s read of the verses, God first declares man’s need for companionship and then shows him all the animals so that Adam might feel his aloneness. He becomes sad as he recognizes that each animal has a mate, but no creature in existence is a suitable mate for him (see Ramban on 2:19-20). Finally, God creates the woman, and man “clings to his wife, so that they become one flesh” (Genesis 2:24). Ramban (ad loc.) understands this phrase to refer to the unique emotional nature of human romantic partnerships. Adam is finally able to find the companionship he could not get from other creatures.

Rashi, on the other hand, writes (possibly based on a similar passage in Pirkei de-Rabbi Eliezer) that it is not good for man to be alone “so that he should not say there are two domains [of power]. The Holy One, Blessed is He, is alone in the upper world and has no partner, and [I am alone] in the lower world and have no partner.”[2] For Rashi, the problem with man being alone is that he will become arrogant, thinking himself too similar to God.

The divergent approaches of Rashi and Ramban also inform their interpretations of the phrase “one flesh” in verse 24. Rashi (ad loc.) understands this as a reference to children. Ramban objects to this interpretation on the grounds that there is nothing uniquely human about it. Animals, after all, have children too. For Rashi, though, this is precisely the point. God shows Adam the animals not so that he might realize his uniqueness nor how his emotional needs cannot be satisfied by other species, but rather so that he might realize his similarity to them.[3] Adam had to realize that he was not eternal, that he needed to have children for the continuity of the species, and that, unlike God, he could not create alone. Like each of the animal species he looked at, he needed a partner in order to reproduce. “God brought [the animals] in front of [Adam] male and female, one species at a time. [Adam] said, ‘Each of them has a partner, but I have no partner’” (Rashi on 2:20).

Genesis 1 also briefly alludes to this notion that the existence of two sexes of human beings serves as a corrective to the potential hubris of man thinking he is too similar to God. The verse immediately juxtaposes “in the image of God He created him” with “male and female He created them” (Genesis 1:27).[4] This intertextual connection fits with Rashi’s preferred explanation (ad loc.) that Genesis 2 fills in the details of the story that Genesis 1 sketched in general terms.

This theme provides a necessary counterbalance to potential abuses of a morality based on the concept of imitatio dei. Jewish tradition has typically emphasized this idea regarding specific traits and behaviors, like compassion and mercy (Shabbat 133b), clothing the naked, visiting the sick, comforting mourners, and burying the dead (Sotah 14a). But sociologists of religion, particularly feminist ones, have pointed out the numerous ways people have misused this concept throughout history, invoking God’s dominion over the world to legitimate subordinating other human beings to their rule:

[God] has been conceived as standing in a relation of hierarchical domination to the world. In ways both implicit and explicit, this has tended in turn to justify various social and political structures of patriarchy that exalt solitary human patriarchs at the head of pyramids of power.[5]

The Christian Bible itself (1 Corinthians 11:3) draws an explicit analogy between God’s authority over man and man’s authority over woman. One of the early church fathers, St. John Chrysostom, argued that slaves should be resigned to their fate because by “obeying his master he is obeying God.”[6] Each of these examples justifies institutions that oppress or marginalize other human beings by presenting the person in power as imitating God.

In response to this critique, Jerome (Yehuda) Gellman has proposed adopting a non-imitative theology, emphasizing our difference from God as the basis of morality rather than trying to be like God. For example, he suggests, “God alone is perfectly autonomous. We are not and should never strive in that direction. Not only do we depend upon God, we also depend upon each other and upon the cosmos in multiple and varied ways.” Similarly, he formulates, “God alone is master. No person shall rule over another or over the world in the way God rules. Any attempt by a human to do so is a human abuse of power.”[7] Gellman’s ideas find strong support in Rashi’s comment on Genesis 2:18.

While Rashi may make the point most emphatically, there is little reason to believe he was alone in the Jewish tradition in recognizing the dangers of man striving to be too similar to God. Ramban disagrees with the peshat of this particular verse, but there is no reason to assume he disagrees with the theology Rashi is espousing, which finds support elsewhere in rabbinic literature. A major theme in the early chapters of Bereishit Rabbah is the tension between the ways in which man is similar to God and the ways in which he is radically different (e.g., 1:1, 1:3). The Mishnah (Avot 4:8) may be making this point as well when it states, “Do not judge alone, for only One may judge alone.” Even Maimonides, famous for making imitatio dei central to his approach to ethics, carefully limits which divine attributes it applies to, demonstrating clear awareness of the risks of applying it universally (Guide 1:54).

Returning to Genesis 2:18, the debate between Rashi and Ramban regarding “It is not good for man to be alone” provides the key to understanding another debate between Rashi and Ramban. As mentioned above, Rashi’s preferred approach to the relationship between Genesis 1 and 2 is that the latter provides the details for the story sketched out in the former. Thus, creation essentially follows the account in Genesis 2 that God created man first, later forming woman from a part of man’s body. Ramban, however, prefers a midrashic approach that reads “Male and female He created them” literally: that God created the first human as a single androgynous being with both male and female sides, which He then separated in Genesis 2.[8] It thus follows that for Ramban, the statement “It is not good for man to be alone” applies to both men and women, while for Rashi it applies only to men. This result fits nicely with their respective explanations. The need for emotional bonds, companionship, and romantic partnership applies equally to men and women. The message of needing to avoid the hubris of thinking one is God―on the other hand―is, historically, a message that men have needed to hear a lot more than women.

I am wary of interpretations that essentialize notions of gender, and I certainly do not mean to imply either that all men fall prey to this hubris or that no women do. Nevertheless, the sociological critique of imitatio dei is a feminist critique precisely because, throughout most of history, the ruling class that has abused this idea has been predominantly male, and those disadvantaged by them disproportionately―though by no means exclusively―have been female. Indeed, we see this phenomenon as far back as Homer’s Iliad, where Hector seeks to achieve the immortality of the gods through his glorious performance in battle, while his wife Andromache urges him not to forget his family.[9] The Torah, from the very beginning―according to Rashi―warns men against this attitude.

To the extent that imitatio dei is a Torah principle, it means something vastly different than it did for Plato. Even as he tried to make them paragons of moral virtue, eliminating the baser elements found in Homer and Hesiod, Plato’s gods are essentially human in their nature, projections of the best qualities humans desire. Imitatio dei thus emerges as a natural principle of morality. If the gods embody the best of human qualities, it follows that humans should strive to be like the gods. The monotheism of the Jewish tradition begins with a transcendent deity wholly unlike anything human. The most basic principle underlying the human relationship with God is not imitatio dei but divine command. Imitatio dei only emerges as a principle in Judaism because it is a commandment. We imitate specific traits of God when commanded to do so, but first and foremost, we must accept our humanity and remember that we are not God.

[1] All biblical translations are taken from NJPS (available on Sefaria.org).

[2] Translations of non-biblical texts are my own.

[3] Rashi on Genesis 2:23 s.v. Zot Ha-pa’am does quote the Midrash that Adam tried out each of the animals as a sexual partner and was unsatisfied, which would work better with Ramban’s approach that Adam needed to recognize the uniqueness of human romantic partnerships. However, it is not out of character for Rashi to sometimes quote a Midrash that is inconsistent with his overall interpretive approach because doing so serves some other pedagogical purpose.

[8] While Rashi also cites this Midrash, it is not his preferred approach.