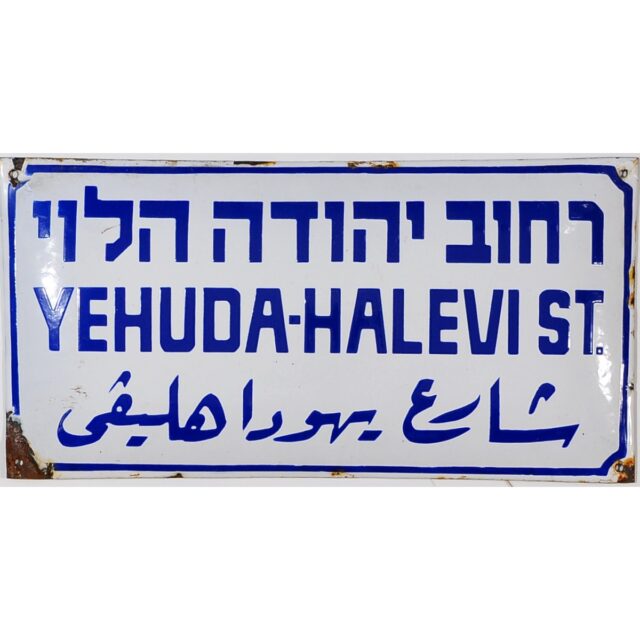 Earlier this year, our family left a suburban Jewish community in New Jersey that we loved in order to fulfill a dream of making aliyah to Israel. In the years leading up to our move, we frequently discussed the merits and drawbacks of life in Israel versus the US. We discussed matters like the dangers of living in an isolated enclave surrounded by enemy states versus our seemingly comfortable and secure  American lives. My husband often pointed out the spiritual dangers of life in the diaspora as well as the potential for established ways of life to degenerate rapidly, even in advanced Western societies. We boarded our aliyah flight against the backdrop of a common web of excitement, anticipation, and doubt.

Once in Israel, however, our commonplace constellation of concerns was complicated, perhaps overshadowed, by a new set of events. A wave of antisemitic incidents in the New York City area in late 2019 left us to glued to American news sources for updates. I grew up in the idyllic religious community of Monsey; in my mind it was the peaceful foil to whatever uncertainty we encountered in Israel. Yet the  attack on a local Hanukkah party  by a machete-wielding lunatic revealed that this place was hardly immune from hatred and violence.  Sitting in Israel with rockets from Gaza falling in the distance, my heart was nevertheless in New York and New Jersey, concerned about family members and friends.  I had the  stomach-churning sense that the problem was unlikely to dissipate anytime soon.

In 1967, the poet Yehuda Amichai, whose poems are now nearly synonymous with the modern city of Jerusalem, found himself in the odd position of viewing one of the most momentous turning points in the history of his beloved city, at least partially, from abroad. In response, he penned the opening sequence of the poem cycle “Jerusalem, 1967” in which  he riffs on the classic refrain of Rabbi Yehuda ha-Levi, “My heart is in the east while I am in the uttermost west.” Amichai’s alternate refrain, describing his feelings watching “the silence of his city from afar,”  breaks up these two poles into four squares:

This year I traveled a long way
to view the silence of my city
A baby calms down when you rock it, a city calms down
from the distance. I dwelled in longing. I played the hopscotch
of the four strict squares of Yehuda Ha-Levi:
My heart. Myself. East. West.

In typical fashion, Amichai unfolds a familiar traditional Jewish refrain and fashions it anew. There are not just two poles, East and West, but four, including a heart and a body. East and West here may be states of mind―they may be the distance between Amichai’s budding career as an internationally translated poet and his roots in Jerusalem, or they may be the distance between the Eastern and Western divisions of Jerusalem itself. The hopscotch analogy implies that the relationships between all of these poles are familiar and fluid, and potentially even playful too. In the modern world, our bodies do not have to stay in any one place for too long. For a Jew who yearns for Jerusalem while maintaining deep connections abroad, the precise location of our hearts may also be provisional, contingent upon many factors: spiritual, familial, geographical, and cultural. All four quarters are present at all times, but we may skip between them, maybe in a way that almost seems frivolous compared with the limitations we experienced in the past.

While the shadow of the coronavirus continues to cast a pall over the mood in New York-based Jewish communities, in Israel the story is very different. The number of ill patients, which thankfully never reached nightmarish levels, has plummeted in recent days. Consequently, the national mood, perhaps never terribly dark, has lightened up. Israelis look at American’s Jewish communities with concern, aware that circumstances are different here. The circumstances do not only relate to physical health but also a rather different state of mind. Yet for recent olim, or any Israeli with strong roots in the United States and Europe, it is difficult to fully celebrate this change of affairs without a lingering sense of unease. Our bodies and souls may be in the East, but our hearts and minds are in the West. We are cognizant that at any moment, this hierarchy may just as easily flip. We wonder if our empathy is even tinged with a bit of a relief or, in our lesser moments, a sense of self-satisfaction that we made the “right” choice (despite the choice having little to do with public health concerns). Yet here we are, with a heart split in two, not necessarily reflecting dual loyalties but a sense of identification with the broader Jewish national family that transcends where our feet stand right now.

The question, then, is how to square this sense of bifurcation with a budding sense of oneself as an Israeli. In some ways, the physical barriers make it clearer. It is no longer possible to welcome visitors from the States with their suitcases filled with the American consumer goods that recent transplants to Israel often crave. Those cravings must now be satisfied by whatever is available domestically, including deliveries of farm-fresh produce connecting us even more deeply to the land. Nor is it simple to imagine visiting friends and family back home (who are not visiting each other either) or flying back for lifecycle events, to the extent that they are taking place at all. At this moment, we have perhaps less international mobility than even Amichai had in 1967. On the one hand, this speeds up our process of taking root in Israel. On the other hand,  knowing that our loved ones and former communities are in states of distress makes it emotionally difficult to fully embrace this new identity. Although our estrangement from loved ones is the inverse of Amichai’s separation in the geographic sense, the paradigm of his hopscotch in “Jerusalem, 1967” proves relevant.

Yet this dynamic may be even better articulated by Yehudah ha-Levi’s original poem, written nearly a thousand years earlier. Ha-Levi lived in medieval Spain during a stretch of time when Jews experienced periods of oppression as well as relative comfort and freedom. His writing depicts a longing for Zion that outstrips any of his contemporary medieval Jewish poets. Ha-Levi died in 1141 on a famous trip to finally visit the land of Israel (the circumstances of which are the stuff of legend). Yet his odes to Zion are mostly written from afar, even as he laments this fact that the tension and the distance between East and West are inextricable from his proto-Zionist vision. Perhaps Amichai’s line “I dwell in longing” is also a veiled reference to ha-Levi’s oeuvre, which straddles the distance between East and West; his sense of  Zion is inextricably linked to his own Andalusian vantage point. Thus ha-Levi’s famous poem, whose first line achieved lasting fame, is not only about a love for Zion, but also about a tightrope act: one cannot conceive of East without West and vice versa. In Peter Cole’s translation:

My heart is in the East-
and I am at the edge of the West.
How can I possibly taste what I eat?
how could it please me?
How can I keep my promise
or ever fulfill my vow,
When Zion is held by Edom
and I am bound by Arabia’s chains?
I’d gladly leave behind me
all the pleasures of Spain-
If only I might see
the dust and ruins of your Shrine.

Elsewhere HaLevi imagines what it might be like to brave the dangers, quite severe in ha-Levi’s time, of joining the beleaguered Jews who remain in Palestine. He wonders if such a journey is perhaps similar to the original ones taken by his forefathers, “if only I could wander where/He was revealed to your heralds and seers.” By incorporating biblical language into his poem, he suggests that the longing he feels for Zion is eternal, shared by the heroes of the Bible. Perhaps ha-Levi too will one day have the merit to see it revived and flourishing as described in certain biblical prophecies. Yet while ha-Levi would “gladly leave behind” all the pleasures of Spain, here his Arabian “captivity” is the precise counterpart to Zion that gives the poem its power. Even if it is an imperfect byproduct of exile, ha-Levi’s dual lens broadens a poem about the Land of Israel into one that encompasses the world.

In another famous poem, ha-Levi finds a kind of compromise. In thinking about “those from west and east, from north and south” who find themselves separated from Zion , ha-Levi writes (and Charles Reznikoff translates):

I cry out like the jackals when I think of their grief;
but, dreaming of the end of their captivity,
I am like a harp for your songs.

While ha-Levi may not be able to practically remedy his frustrated and thwarted longing to be in the Land of Israel, he can sing for his countrymen, and they can thus sing through him. His resolution comes not as a geographical unification (which is impossible) but as an emotional and spiritual collapsing of destinies that ends up, perhaps on a broader level, uniting elements of East and West. Perhaps Naomi Shemer also sensed this when she incorporated the line “I am like a harp for your songs” in her classic “Jerusalem of Gold.” In channeling ha-Levi here, she offers a portrait of Jerusalem that is much larger than its geographical location, it is one in which the whole world can sing and partake.

While in our case the longing will hopefully only be temporary, and travel between East and West is not nearly as daunting as that faced by ha-Levi, I take comfort in his vision of the unification of the poles, and in his implicit recognition that both are essentials parts of his proto-Zionist vision. And perhaps ha-Levi’s merger of East and West can even provide solace when the tables are turned. I would like to believe that for me to say that my heart is in the West is not to betray a Zionist ideal, but to expand it, as both Yehuda HaLevi did in the beginning of the second millennium and Yehuda Amichai was able to do it at the end of it. In the meantime, I am starting to get used to “dwelling in longing.” Perhaps it is not such a bad thing (at least in the short term).