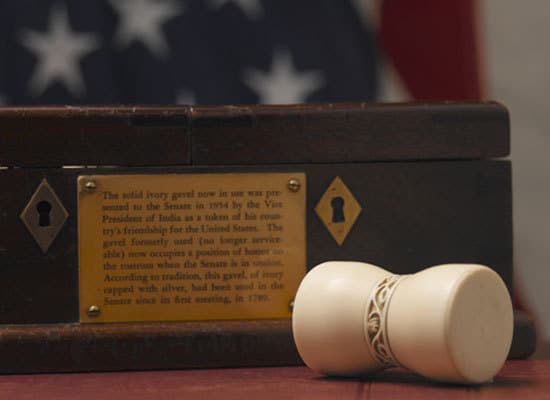 In a recent Lehrhaus article, Professor Avi Helfand warns against courts “attempting to traverse the treacherous waters of theology.” The occasion for the warning is a recent court decision dismissing get-torturers’ claims of religious liberty. Of course, Professor Helfand has no objection to the court’s conclusion: torturers don’t get a pass just because their motivation is religious. But he argues that the court’s reasoning—particularly its suggestion (in Helfand’s words) that defendants “should have tried something else”—poses a dangerous precedent.

Professor Helfand’s opposition to judicial theology is welcome. However, his reading of the court’s decision elides a crucial distinction. And most importantly, his own proposal represents a greater danger to the long-term viability of religious freedom than the legal doctrine he seeks to critique.

The case at hand concerns a gang of rabbinic hoodlums who, in exchange for tens of thousands of dollars, tortured mesarvei get into finally granting divorces. Both at trial and on appeal, the torturers sought to shield themselves from prosecution by invoking the Religious Freedom Restoration Act (RFRA). This federal statute (which readers might recognize from its role in the blockbuster Hobby Lobby litigation from 2014) allows a person to claim an exemption from a general law if it amounts to a “substantial burden” on his religious practice. Crucially, such claims are not absolute: if the law at issue is “the least restrictive means” of advancing a “compelling governmental interest”—that is, the only way for the government to achieve something of significant importance—the individual’s claim is shunted aside. In a charming display of religious opportunism, the torturers sought to invoke RFRA as a shield against prosecution.

Unsurprisingly, the courts were having none of this. Both at trial and on appeal, the courts rejected the defendants’ religious justifications, on two grounds. First, the courts ruled that prosecutions “did not substantially burden their religious exercise,” and second, the courts ruled that in any case, the “compelling” nature of the governmental interest in punishing torture clearly outweighed any such burden. In reasoning this way, the courts carefully traced the two-step process that underlies every RFRA claim: first the individual must establish that her religious freedom has been substantially burdened, and then the burden shifts to the government to establish that its purpose should override. The torturers claims fail both steps.

It is the first step that has drawn Professor Helfand’s criticism. Professor Helfand notes that the court determined that there was no “substantial burden” based on the fact that the get-torturers had other means at their disposal—that (in his words) “they should have tried something else to convince the husbands.” This, he insists, is not a judge’s place. Courts should not be in the business of “trying to parse the religious alternatives available under religious law.” For when they do, they both make mistakes and involve themselves (and thus the state) in internal religious affairs—precisely the evil that guarantees of religious freedom were designed to prevent.

Professor Helfand’s reading of the case, however, misses the point. The courts did not rule that the halakhah allowed the defendants alternative means; they simply ruled that the defendants themselves failed to establish (or even claim!) that their own beliefs precluded alternative means. The courts’ focus is thus not on halakhah at all, but on the defendants. This was not a case in the courts engaging in halakhic reasoning, but of judges ruling regarding a matter of fact: namely what the defendants themselves believe and claim. And discerning facts—including an individual’s motives, beliefs and claims—is precisely what courts are in the business of doing.

The case at hand is instructive. The get-torturers’ “substantial burden” argument lacked teeth because they themselves failed to claim an actual religious obligation to torture abusive husbands. And the reason they did not claim that torture is a religious obligation is probably simple: they themselves do not believe it. Indeed, in this case, the fact that they demanded hundreds of thousands of dollars to discharge this particular “obligation” is fairly telling. One does not usually condition one’s performance of a deeply held obligation on someone else paying you. Properly understood, then, the court in this case successfully avoided questions of metaphysics or theology. Instead, they focused on the readily discernible facts of an individual’s actual beliefs.

The distinction is crucial not just for this case, but for how we analyze claims of religious liberty in general. Professor Helfand’s misplaced concern of judicial involvement in religious adjudication leads him to suggest a radical change in how we address RFRA claims. Indeed, he urges courts to eliminate the first step of RFRA analysis entirely, skipping immediately to a “balancing stage” where the court asks itself whether the state interest is compelling enough to override religious liberty. Based as it is on an elision of theological and factual analysis, the radical change in RFRA analysis is unnecessary.

But it is not just unnecessary, it is also dangerous. Balancing incommensurate goods is, after all, a notoriously inexact process. How on earth are we to know what sort of governmental interests are in fact “compelling” enough to override religious liberty? Is protecting an individual’s dignity from insult and discrimination? Is guaranteeing a female employee easy access to contraceptives? Like child sacrifice, the get-torturer is an easy case. But in the thousands of hard cases, there is no guide or principle; just gut and intuition.

It is precisely the subjectivity of this analysis that has led courts to avoid balancing whenever possible. It is no accident that courts generally prefer to decide RFRA cases on the objective grounds of whether a state law is “narrowly tailored,” or—as in this case—whether the defendant’s own beliefs suggest the existence of a substantial burden.

And here lies the true danger: the more often the courts are forced to weigh religious practice against state policies, the less sympathetic courts will be. If judges feel that state policy is, at every turn, being stymied and suspended by inflexible religious communities claiming exemptions, they will over time—perhaps even unconsciously—grow less accommodating. For when all vaguely religious conduct is treated equally, it will all receive an equally little amount of respect.

Refusing to allow the courts to recognize the distinctions that I myself make, will inevitably engender resentment—but it will also give birth to a jurisprudence of an ever-expanding list of “compelling” state interests. For those of us who are observant, this would be a disaster.

At its heart, RFRA represents the hope that mutual accommodation will allow people of different faiths to build a society together. Religious exemptions reflect broader society’s willingness to inconvenience itself, to bend and twist and even assume additional costs in order to accommodate religious need. But the “substantial burden” requirement demands something of the religious among us in return: it asks that we too seek to accommodate wherever we can, that we separate out the religiously mandatory from the merely preferable—and that we only demand that society bend when we truly need it. Rejecting the “substantial burden” test reflects a betrayal of that compromise. And it will come back to bite us.

The state does not seek to dictate what is religiously essential and on what we can compromise. It only demands that we make that calculation ourselves—and that we do so honestly.