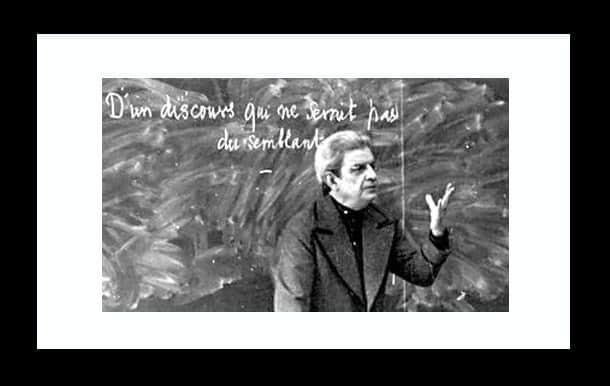 The last couple of weeks have brought two worthwhile assessments of Rav Shagar’s Faith Shattered and Restored: Judaism in the Postmodern Age, Matt Lubin’s fine review in Kol Hamevaser and Rabbi Gil Perl’s response in these columns which explores what Rav Shagar offers to the younger generation. This was followed by a pair of critiques by Rabbis Rafi Eis and Gidon Rothstein. (The latter article was published after I composed my comments, and I have no disagreement with it.)

Although much of what I write here is covered in my Afterword to the Shagar volume, I wish to offer two comments on Rabbi Perl’s essay.

When he compares and contrasts Rav Shagar with mori ve-rabbi, Rabbi Aharon Lichtenstein zt”l, Rabbi Perl ascribes to Rabbi Lichtenstein a position he did not take. Rabbi Lichtenstein did not state that struggles about faith are adequately resolved by virtue of one’s confidence that all of one’s questions have been duly considered and disposed of by one’s mentors.

This view is empirically dubious, to say the least, even regarding as wide-ranging a thinker as Rabbi Joseph B. Soloveitchik. It is inconsistent with other statements in Rabbi Lichtenstein’s brief but intense essay, “The Source of Faith Is Faith Itself.” What Rabbi Lichtenstein actually says is that he took comfort in this thought at an early stage in his development. He does not claim that this thought was sufficient for his mature intellectual and religious life. I made a detailed argument about how to read Rabbi Lichtenstein several years ago in “The Gate Matches the Home.”

Rabbi Rafi Eis notes the well-known fact that Rabbi Lichtenstein was highly critical of salient elements in Rav Shagar’s outlook, which he pronounced “narcissistic.” This overall judgment has implications for many important areas—from devarim ketannim (Talmud study) to devarim gedolim (the God-man relationship).

In my contribution to the Hebrew symposium on Rav Shagar’s approach to Talmud in Netuim 17, I tried to explain how the “narcissism” problem affects the realm of Torah study and how one may benefit from Rav Shagar despite his vulnerability on this score.

The stakes are much higher with respect to the nature of our connection to the Ribbono shel Olam. Rav Shagar often advocates unquestioning reliance on self-acceptance as a guarantee of our certainty regarding moral and religious truth, even while doubting, in the postmodern mode, the existence of truth external to oneself.

Such attitudes are indeed characteristic of postmodernism, and any attempt to bring Judaism in line with the subjectivism fashionable among the enlightened classes must contend with the total opposition between them. Rav Shagar himself is sensitive to the danger that his teaching sounds like worship of the self. He fears that such a faith, “the tendency to turn oneself into the yardstick for reality” (Faith Shattered, 34), emanating from the bowels of one’s selfhood, would not be religious faith, but merely an act of egocentric self-anointment.

Rav Shagar often appeals to a combination of the French psychoanalyst Jacques Lacan and Hasidic ideas to resolve the difficulty. The reader can evaluate the success of these strategies. For anyone to follow Rav Shagar on this point it would be neither necessary nor sufficient to believe that he got it right. It would not be necessary because he may have failed but we might succeed by improving on his work.

More ominously it would not be sufficient, because his success would not ensure his readers’ full understanding and internalization of his ideas. Incomplete assimilation of the Lacan-Hasidut cocktail—assuming its validity—would still leave the individual dancing around the Golden Calf of the self.

Rabbi Perl correctly recognizes that both Rav Lichtenstein and Rav Shagar confront a reality in which believers cannot demonstrate “externally” and “impersonally” the truth of their core convictions; both are committed to maintaining the certitude of religious dedication within that framework. Rabbi Lichtenstein (and I) in effect, recognize this reality and move on. Rav Shagar attempts to turn what most would see as an unfortunate situation into something desirable. He sees these challenges as opportunities.

Some challenges can turn into opportunities. Some must simply be resisted. I have devoted much time to the study of Rav Shagar and made a significant effort to publicize his work. I have done so because, as Rabbi Perl perceives, he has often succeeded in speaking for people and about real problems that had not been articulated previously. He is a master diagnostician of the human soul under postmodernism and has struggled to define its implications sincerely and eloquently. On some of the questions with which he grapples, I believe he may provide positive orientation. On others he may be propagating a confusion of diagnosis with remedy, with the danger that his readers are liable to perpetuate the disease.

For millennia Jewish thinkers have had to judge whether elements in non-Jewish culture could enrich the service of the Ribbono shel Olam or must be rejected as poisonous to that service. Again and again Rav Shagar recognizes the danger of confounding God, who confronts us and commands us in His transcendent Otherness, with a mystified image of the self. It is not as if he dismisses this danger. Whether he succeeds in overcoming that danger is an open question; whether many of those invoking his authority have overcome it is even more open to question.