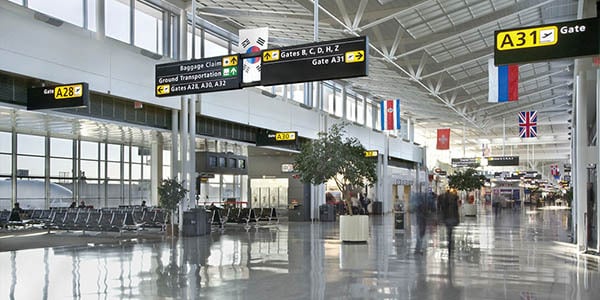 One of the key features of American law that has opened employment doors for Orthodox Jews is the requirement that employers reasonably accommodate religious practices.  As a result, federal law requires employers to tinker with their own internal rules and procedures to accommodate religious observances so long as they don’t present an undue hardship.

These uncontroversial statements about the law have become a topic of Jewish communal conversation in light of a recent federal court decision—a decision that recently received some press in the Forward.  The case addressed Susan Abeles’s lawsuit against the Metropolitan Washington Airports Authority (MWAA) in which she alleges the MWAA, in contravention of federal law, failed to accommodate her observance of Pesach.

Many of the facts in case aren’t in dispute.  Abeles worked at the MWAA for 26 years.  During that time, Abeles had always taken off for Shabbat and Jewish holidays.  At the beginning of 2013, Julia Hodge—Abeles’s supervisor’s supervisor—asked all her subordinates to note on an internal calendar which dates they would each be taking as their annual leave.  Abeles therefore listed all the Jewish holidays on that internal calendar, which appeared on the Outlook calendars both of Hodge and Abeles’s immediate supervisor, Valerie O’Hara.

At the heart of the case are the communications between Abeles, Hodge and O’Hara in advance of the second days of Pesach.  In 2013, the second days of Pesach fell out on Monday and Tuesday—so on the previous Friday, Abeles attempted to speak to O’Hara and remind her that she’d be out of the office for Pesach.  O’Hara, however, wasn’t in the office that Friday; Abeles therefore emailed both O’Hara and Hodge.  While O’Hara didn’t respond to the email, Hodge did, leading to the following email exchange:

Hodge:   Susan, What is the nature of this leave request? Thanks, Julia

Abeles: This is a reminder of my scheduled leave for Passover.

Hodge: Thanks. Please see my note about providing us a status update before you leave today.

Innocent enough, right?  The problem is that when Abeles returned to the office after Pesach, she learned her absence was classified as an “Absence Without Leave” or AWOL, which led to her being suspended for five days.

At this point, you are probably wondering why her absence was classified as AWOL.  The MWAA argued that Abeles failed to follow the official leave policy.  And according to the MWAA, that leave policy required that (1) leave be requested by form or by e-mail; (2) that leave be granted by each employee’s leave approving official; and (3) that it be requested and approved in advance of the absence.

So here’s how this works.  The internal calendar where Abeles marked down her Jewish holidays didn’t count as a “form or e-mail.”  Now, Abeles did request leave by email on Friday, but she received a response from Hodge and not her “leave approving official,” who was O’Hara.  Of course, O’Hara received the email, but she didn’t respond in advance of the absence.  And so on the MWAA’s reading of the leave policy, Abeles was AWOL.

There are many reasons to be skeptical of all this.  Everyone in the office knew that Abeles took off for the Jewish holidays—she had been doing so for 26 years.  While O’Hara claimed otherwise, it seems reasonable to conclude that both of Abeles’s supervisors knew why she was out of the office.  And Hodge’s email to Abeles sure seemed to grant approval of Abeles’s absence for the Jewish holiday; Hodge certainly didn’t raise any objections.  You have to squint really hard at the leave policy to conclude that Abeles committed some sort of violation.  Indeed, in her deposition, Abeles explained that she was never told that she had to request leave through this process—that is not how the office operated under previous supervisors.

Still, on appeal, the Fourth Circuit held in favor of the MWAA, concluding there was no failure to reasonably accommodate Abeles’s religious observance.  The problem, explained the court, is that Abeles failed to comply with the MWAA’s leave policy.

So why is this case so disturbing?  First of all, there’s good reason to wonder whether there was any real violation of the leave policy, whether Abeles had ever previously been required to abide by a leave policy or whether the MWAA informed Abeles that she was now expected to abide by that leave policy; the court’s decision seeks to end the litigation before these factual questions can be evaluated through a trial.  It sounds like Abeles did what she needed to do to secure her leave.  This is especially true given that, on all accounts, the MWAA was required to grant her leave for Pesach once she requested it, making it strange that the court faulted Abeles for failing to receive a response from a supervisor before taking her leave.  But instead of simply accommodating Abeles, the MWAA seized the opportunity to suspend Abeles, which eventually led to Abeles retiring.

But there’s a bigger problem at work here.  For all those who have ever asked an employer to schedule vacation on Jewish holidays, you know how delicate these conversations can be.  It may be true that there is an obligation to reasonably accommodate, but you don’t win these interactions by invoking the law while talking to the person signing your paycheck.  You need to carefully build a reputation, and professional capital, over time so that an employer willingly grants your request—because if your employer doesn’t like you, they may use your observances against you when it comes time to show you the door.  And the reality of Abeles’s case is that if someone wants to catch you, they will all-too often very well be successful.  In too many instances, there is some rulebook or policy collecting dust somewhere that, in the hands of someone looking to cause a problem, can undermine the law’s objective of ensuring that the religious observances of religious employees are accommodated.

The legal requirement that employers reasonably accommodate their employees’ religious observances is undoubtedly true.  But the Fourth Circuit’s decision in Abeles v. MWAA—unless overturned—will serve as a reminder for how precarious those accommodations often can be in the real world.