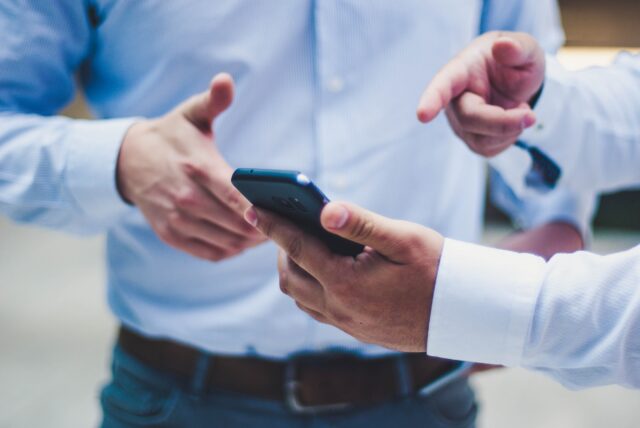 In the summer of 1993, Dr. Aaron Kirschenbaum wrote a eulogy for the concept of the local rabbi in Tradition. He bemoaned that “the telephone has done much to undo the role and stature of the old time mara de-atra.” The impact of the telephone is multiplied by the new development of halakhic WhatsApp groups for local rabbis to ask questions of the gedolim of Modern Orthodoxy. We need to move back to a time when the authority for answering even the most complex halakhic questions resided with the local rabbi. More healthy than centralization are cooperation and collaboration.

Rabbis Ezra Schwartz and Nathaniel Helfgot, in their recent public conversation about the nature of the halakhic decision-making process within the Modern Orthodox community, have foregrounded a deep question that has many implications. Rabbi Schwartz celebrates the centralization around a few major poskim who helped to guide our community with great sensitivity through the darkest times of the pandemic. In his description of the beauty of the WhatsApp groups, Rabbi Schwartz writes, “Every rabbi could question the approach the posek took and ask for clarification. The conversation that ensued was animated and fruitful.”[1] We should seek to build that “animated and fruitful” conversation in as many settings as possible.

Rabbi Helfgot offers an important critique of centralization, noting that “it can undercut local authority and homogenize halakhic practices.” However, he also notes the need for “broad shoulders” that can guide the community in certain areas, as “in the early stages of the pandemic and lockdown, many difficult and challenging questions emerged that required the halakhic expertise of gedolei ha-poskim.”

I agree with Rabbi Helfgot’s assessment that different kinds of questions exist. However, even in those life-and-death situations, the job of the gadol is to help guide the local rabbi, not simply to decide the matter at hand. It is a mistake to imagine that a great rabbi in New York or Jerusalem can pasken for every rabbi around the world. Those who have been blessed with the opportunity to sit in a Beit Midrash and learn for many years have a responsibility to share that knowledge with others. They must also give guidelines and frameworks for the local rabbi. In turn, the local rabbi has a responsibility to interpret that invaluable learning and apply it to the unique community from which the question arises.

The debate between centralization on the one hand and the authority of the local rabbi on the other can be seen in the following two Tannaitic texts. The first pushes us toward uniform practice. The Sifrei in Devarim (Piskah 96, Parashat Re’eh) writes: “Lo titgodedu: do not make [small] agudot, rather you should all be in one [large] agudah.” While the Rabbis may encourage freedom of enquiry in general, there is a strong need to foster a sense of uniformity in practice.[2] The second text (Yevamot 14a) promotes more localized decision-making:

Although their positions diverged from the vast majority of the Tannaim, R. Eliezer and R. Yosi ha-Galili commanded authority in their local towns. Some communities are driven by a sense that conformity in practice―and the prohibition of lo titgodedu―is essential. However, there are groups for whom diversity in practice is seen as a feature and not a bug.

In March of 1834, Rabbi Akiva Eiger wrote a letter to his son about the publication of his own teshuvot. He did not want to call them “pesakim” because he did not want people to falsely assume that his answer was the conclusion on any matter of halakhah. He then expressed the following concern: “That people might come to rely on me without their own evaluation in a time of need based on their own analysis of the gemara and poskim.”[4]

Rav Moshe Feinstein repeats this same ethos in his introduction to the first volume of Igrot Moshe. After quoting Rabbi Akiva Eiger’s hesitancy, Rav Moshe builds on the baraita about R. Eliezer and R. Yosi ha-Galili to explain why he felt the need to publish his own responsa.[5] Rav Moshe and Rabbi Akiva Eiger both advanced the idea that every rabbi must investigate each issue based on his own understanding of the relevant texts, the parameters of the question, and the local circumstances that contextualize the question.

If we map this debate onto the contemporary landscape, we see a similar phenomenon regarding how halakhic decisions ought to be made for the Modern Orthodox community. Some participants in these debates are compelled by the notion that one or more individuals should be responsible for making key decisions that will influence the future of the community, and that we should foster uniformity. Others are wary of investing too much power in just a few individuals, and they locate the seat of authority in the local rabbi.[6] The risks of coalescing power in the hands of a small group are too high. In addition, even if those at the center are beyond reproach―as many of these rabbis indeed are―there is a fundamental halakhic flaw in allowing a gadol who does not know the person asking the question to offer the final answer.

I propose the following maxim to guide communities: ein she’eilah ela sho’el―“there is no abstract question; there are only individual questioners.” When a great talmid hakham, with vast expertise in halakhah, is asked an abstract question about an issue that impacts every Jewish community, there is a real risk that people will ultimately make substantive halakhic errors in real life. That is why sh’eilot u-teshuvot are designed to respond to the needs of the person who is asking the question.

When rabbis try to answer questions about relying on a non-Jew to press an elevator button for someone on Shabbat, for instance, and they don’t know if the individual lives on the second floor or the twenty-second floor, they simply cannot give the right answer. When people try to address complex niddah questions without knowledge of the relationship between husband and wife, terrible damage can be done.

The same is true, and perhaps even amplified, when trying to answer major communal questions about pandemic life. For some communities, hopping on Zoom and operating without a formal halakhic minyan may be the best and more appropriate option. For others, who may have people in an older generation for whom Zoom is complicated and for whom kaddish has a different pull, the answer simply cannot be the same.

When trying to answer the most difficult questions of life and death, rabbis simply cannot pasken without all of the facts. Of course, experts can and must give guidelines about ventilator triage, but no one can advise a doctor in a specific case if they do not have the medical facts at their fingertips.

The rabbinic WhatsApp groups that have proliferated in many communities meaningfully create a framework for conversation, debate, and analysis from multiple perspectives. One of the beautiful aspects of the internet and these communication tools is the democratization of knowledge. Hearing the pesak of a gadol often helps the local rabbi make an informed decision for their own community. What marks a true gadol is their understanding that offering their own approach is the beginning of a conversation and not the end.

We should cherish the “animated and fruitful” back and forth, the shakla ve-tarya, of these conversations. Instant global communication tears down boundaries and gives people access to great minds and great thinkers. We should celebrate that revolution and share the deep sensitivity, understanding, and willingness to listen to our great poskim.

The digital and printed sefarim that emerged from the WhatsApp groups are an amazing contribution borne out of the darkness of this time. However, another publication I can envision may be an even more powerful model: what if someone copied the actual shakla ve-tarya among the rabbis from the WhatsApp groups and published the process by which these gedolim arrived at their answers? It would, of course, be necessary to allow for the privacy of both the posek and the rabbi so that all involved could continue to feel safe to speak freely about the issue at hand. I have no doubt that there were instances in which the posek in the group changed their mind in response to a particular insight, text, or question that he did not anticipate―and that is a sign of true greatness.

Perhaps the most important lesson for future generations is that, when the Jewish community faces great need, rabbis all over the world―some in large pulpits, some in small shuls, some on campuses, some in classrooms, some working in hospitals, and some who are blessed to sit in yeshiva―will engage in life-saving debates for the sake of klal yisrael.

[1] Another feature that Rabbi Schwartz implicitly celebrates is that these poskim are from within the Modern Orthodox community. That is certainly a welcome development and something that we should continue to foster.

[2] See also Yevamot 13b-14a regarding the debates of Beit Shammai and Beit Hillel. The sugya begins with a question as to why the Mishnah itself set up a system whereby the Megillah can be read on multiple days of the month (see Ramban’s introduction to his commentary on Megillah for an important analysis of this issue). See also Rambam, Hilkhot Avoda Zara 12:14; Rema, Orah Hayyim 493:3.

[6] There is a deeper question of the celebration of autonomy in the contemporary world to such an extent that for many, the authority only ever lives inside the individual. This essay assumes that people are asking halakhic questions, an assertion that may not always be true.

“Justice has not Been Done”: Officer Immunity and Accountability in Jewish Law (Part 2)