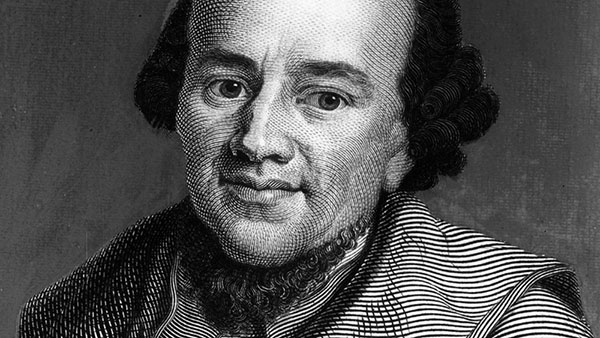 As chronicled in Robert Putnam’s 2000 classic book, Bowling Alone, loneliness is one of the vexing challenges of modern life. The advent of the smartphone era has complicated matters further, generating numerous studies and much hand-wringing throughout the West. In confronting this challenge, many have contended, not least of which Joe Lieberman and the Maccabeats, that Shabbat is Judaism’s answer to the plague of disconnection. Others, including Putnam himself, have pointed to religion’s ability to create community and effect self-transcendence.

Unexpectedly, the thought of eighteenth century philosopher Moses Mendelssohn, who was revered during his lifetime as the “Jewish Socrates” and died more than 200 years before the advent of the iPhone, offers a prescient commentary on precisely this issue.

Of course, turning to Mendelssohn as a Jewish commentator is in of itself noteworthy. The Enlightenment-era thinker has long been shunned by Jews of various stripes. Traditionalists have cast Mendelssohn as the father of German Haskalah, contending that his insistence that Judaism legislates no dogmas—we may deduce philosophical beliefs only from Leibnizian and Wolffian enlightened reason—borders on heresy. Reformers point to Mendelssohn’s uncompromising halakhic commitment, suggesting that this disqualifies him from serving as a model for contemporary liberal Jewish streams.

Zionists, led by Peretz Smolenskin, allege that Mendelssohn’s bourgeoise embrace of emancipation and insistence that one can live a full Jewish life in the diaspora is dangerously naive. (It is remarkable, as Michah Gottlieb has pointed out, that in a city filled with streets named after famous Jews, Mendelssohn’s name is absent.) Even some contemporary scholars have dismissed his value, with David Novak insisting that “Jews need to overcome Mendelssohn rather than retrieve him” (The Jewish Social Contract, 187).

These and other tough questions notwithstanding, Mendelssohn seems to be making something of a comeback, at least in scholarly circles. As Elias Sacks noted in his recent book, Moses Mendelssohn’s Living Script: Philosophy, Practice, History, Judaism, the last two decades have witnessed a veritable renaissance of academic work on Mendelssohn, including books and articles in English, German, Hebrew, and French, conferences, and new translations of his German and Hebrew writings.

Others have been pushing for Enlightenment scholars to “rediscover” this first-rate thinker, who in 1763 bested Immanuel Kant to earn first place in a prestigious Berlin Academy essay contest. While he may still carry too much baggage to be widely embraced in Jewish circles, we ignore Mendelssohn to our theological and educational detriment: his ideas are not just philosophically significant but also surprisingly contemporary.

For one, Michah Gottlieb has argued that “Mendelssohn is the Jewish thinker closest in spirit to the American founders,” and that he sought to show that “that religious diversity, tolerance, and respect for human rights are Jewish values.” This is right: there are striking parallels between Mendelssohn’s emancipation project and our world today. We might say that, in a sense, Mendelssohn’s vision for a well-integrated diaspora Jewry has become the norm in many Jewish communities throughout the world.

Wearing my educator hat, though, I would turn our attention to the problem of alienation by beginning with what scholars such as Elias Sacks have begun to see as a linchpin of Mendelssohn’s thought: his accounting for mitzvot. To explain, we turn to his fullest treatment of the intersection between Judaism, emancipation, and modernity in his book, Jerusalem.

Mendelssohn’s classic is divided into two parts. Part I, building on Enlightenment natural law and social contract categories, contends that while the modern state must possess coercive powers, religious authorities lack the right to impose excommunication or any form of punishment. Part II takes up the purpose of Revelation and legitimacy of the commandments. Here, Mendelssohn introduces his classic distinction between philosophical faith and revealed religion, beginning from the assumption that only philosophical analysis can uncover theological truths. (For him, these are God’s existence, divine providence, and the immortality of the soul.)

Divine revelation, by contrast, teaches the Israelites historical truths and ceremonial laws. Having asserted that any person, Jew or gentile, can achieve salvation by engaging in philosophical speculation, the problem of the purpose of commandments becomes acute for Mendelssohn: what room remains for a body of particularistic commandments? In response, Mendelssohn asserts that the purpose of the commandments is not to teach theology but rather to engrave those philosophical ideas deeply upon the heart of the Jewish practitioner, who will in turn share those truths with humankind.

This, of course, begs the question: by what mechanism was ceremonial law to educate toward these truths?

Mendelssohn begins by rejecting two plausible modes of worship. The first is worship that incorporates iconography. Mendelssohn points out that divine service involving icons was subverted by a fatal flaw. While the initial intention of the worshippers was to pray to icons as purely symbolic representations of the deity, in the course of time, much as Maimonides describes in the first chapter of Mishneh Torah’s Laws of Idolatry, people began to impute to the figures a degree of sanctity in their own right. Such worship, Mendelssohn asserts, amounted to idolatry. And while shortly after the Sinaitic Revelation, by imputing a degree of divinity to the Golden Calf, the Jews fell prey to this temptation, Jewish thought has consistently rejected this perilously tangible mode of worship.

The other mode of worship the Torah rejects, Mendelssohn continues, echoing an argument Socrates makes in Plato’s dialogue, The Phaedrus, is study of the written word. In contemporary times, he observes, reading and writing have become the predominant modes of study. But these are subject to the opposite problem of the icons: the written word is simply too shallow to awaken students’ imaginations and inspire their commitment to monotheistic values. Additionally, a semiotic problem plagues the transmission of ideals through the medium of the written word: the meaning of language—Mendelssohn uses the term hieroglyphics—changes over the course of time. Thus, a term’s connotation might be completely different for the contemporary student than its ancient author. Finally, lacking a living partner with whom to study, the student of the written word runs the risk of loneliness.

Having rejected the icon and written word as primary media for the transmission of sacred ideas, Mendelssohn finally turns to the preferred Jewish mode of worship, namely teacher-student instruction, which he identifies with the transmission of the Oral Law. The Oral Law—both its study and practice—is critical not only because the presence of a living teacher ensures that the concepts are properly understood, but also because of the profound bond animating the teacher-student relationship. Mendelssohn waxes poetic:

For this reason, there were but a few written laws, and even these were not entirely comprehensible without oral living instruction and tradition; and it was forbidden to write more about them. But the unwritten laws, the oral tradition, the living instruction from man to man, from mouth to heart, were to explain, enlarge, limit, and define more precisely what, for wise intentions and with wise moderation, remained undetermined in the written law. In everything a youth saw being done, in all public as well as private dealings, on all gates and on all doorposts, in whatever he turned his eyes or ears to, he found occasion for inquiring and reflecting, occasion to follow an older and wiser man at his every step… to inquire after the spirit and purpose of those things and to seek the instruction which his master considered him capable of absorbing and prepared to receive. Thus teaching and life, wisdom and activity, speculation and sociability were most intimately connected (Jerusalem, trans. Arkush, 119-20).

Through exposure to living models and by inculcating our philosophical commitments into our daily lives through disciplined practice, the mitzvot and Oral Law enable us to avoid the dangers of idolatry and the triviality of the written word.

The precise correspondence between the commandments and divine truth is left open by Mendelssohn, leading to a wide range of interpretations. Abraham Geiger, seeking to justify the nascent Reform movement, saw the commandments for Mendelssohn as purely instrumental, leading Geiger and other early reformers to the conclusion that mitzvotcould be discarded once their reasoning was no longer relevant. Hirsch adopted a symbolic interpretation, claiming that the mitzvot contained specific symbolisms that Mendelssohn never elaborated; seen from this perspective, his Horeb can be seen as a continuation of Mendelssohn’s project.

More recently, Michael Morgan has claimed that we ought view Mendelssohn’s ta’amei ha-mitzvot as proffering not a symbolic relationship but a more general association between the commander and the commandment, “very much like what holds in people’s minds between Sherlock Holmes and his hat and pipe.” Simply by recalling the God Who stands behind the commandment, we are moved to rededicate our lives to His worship.

Whatever the precise nature of the relationship between the commandments and truth, Mendelssohn emphasizes that the teacher-disciple model provides a salve for the modern ailment of alienation:

They also have the advantage over alphabetical signs of not isolating man, of not making him to be a solitary creature, poring over his writings and books. They impel him rather to social intercourse, to imitation and to oral, living instruction (Jerusalem, 119).

Observing the risk of human disconnection in the individualist Enlightenment milieu of eighteenth century Berlin, Mendelssohn fears that the proliferation of books will have the effect of “isolating man” and “making him a solitary creature.” The teacher-student relationship lying at the heart of the transmission of the Oral Law is intended to guard against precisely this peculiarly modern form of loneliness. Christianity, Mendelssohn adds, lacks this built-in mechanism, granting Judaism superiority in its ability to animate its adherents with a praxis reinforcing monotheistic faith. Mitzvah as living script is the central mechanism through which Judaism ensures Jewish continuity and human relationships.

Mendelssohn’s notion of the living script has the effect of inverting the way we perceive the Oral Law. The Oral Law is often seen as a liability in our ability to account for Jewish practice. Many of today’s students, while comfortable committing themselves to biblical law, are troubled by questions concerning rabbinic authority and the legitimacy of the Oral Law. Mendelssohn instead positions the Oral Law not as a difficulty to be defended, but as an intrinsically uplifting and compelling idea. It is via the transmission of the Oral Law that the law is not just properly conveyed but also that an existential relationship is kindled.

In so doing, Mendelssohn formulated philosophically what the twenty-first century educator knows from personal experience: personal relationships are key to transmitting a religious heritage, and can help to overcome one of the central afflictions plaguing the modern condition. His idea of the Oral Law as living script, in other words, is a profound solution to the plague of loneliness, whether in its eighteenth century manifestation or its twenty-first century incarnation.

Despite subtle shifts, there is little to suggest that a radical reorientation toward Moses Mendelssohn’s legacy is on the larger Jewish community’s immediate horizon. But Mendelssohn, long dismissed as archaic, in fact advanced vibrant, fresh ideas that are worthy of our attention. Even if we do not fully embrace Mendelssohn as a forebear of Modern Orthodoxy, those who take Socrates seriously would surely also benefit from a consideration of the ideas of the Jewish Socrates.