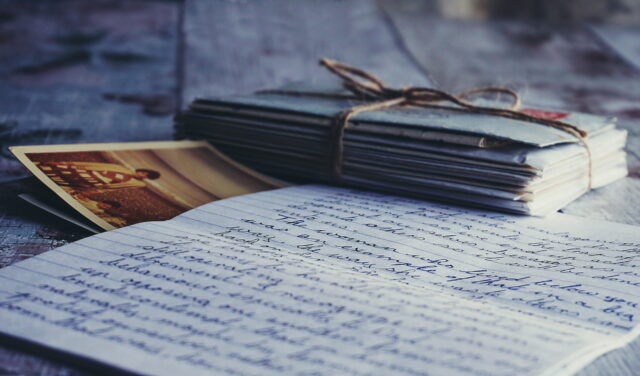 I read Martin Lockshin’s article on Daniel A Klein’s book on Shadal’s commentary to Vayikra.

I disagree with his declaration that Shadal was Orthodox and considered himself as such. I don’t recall any such saying in his writings. He called himself Torani, not belonging to the old or the new schools. In my opinion he was an anticipator of the Conservative Movement. He called this way “The Middle Way,” meaning between the Orthodox and the Reform movements.

If somebody holds that most of the halakhot in the Mishnah and in the Talmud are innovations and legislations of Hazal, and were not given to Moses at Sinai, he could not be considered Orthodox in the nineteenth century. For example, Shadal thought that the prohibition of cooking and eating meat with milk was legislated by Hazal, and therefore did not say a word on it when interpreting the verse lo tevashel gedi be-haleiv imo (do not cook a kid in his mother’s milk). Could such a commentator be considered Orthodox?

Still, Shadal surely kept Halakhah almost fully according to Hazal, out of admiration to their wisdom and understanding as to what is right for the Jewish people, and so he was strongly against the Reform movement.

Contrary to Dr. Lockshin’s contention, part of Shadal’s commentary on the Torah did appear during his lifetime. I am referring to Hamishtadel which was published in Vienna in 1847. Further, to say that Shadal’s commentary was censored in the 1965 edition is far from accurate. The publishers wanted to shorten unnecessary parts which didn’t relate to the actual value of the commentary, such as his words on non-semitic languages, geographical identifications, and unknown names of non-Jewish commentators.

One Prominent Synagogue Has Yet to Bring Back Hazarat Ha-Shatz

Rabbi Yosie Levine recently authored a fascinating article in which he argued that the Maimonidean approach of eliminating hazarat ha-shatz in favor of a heikha kedushah model is “unlikely” to find any consistent home within the American Modern Orthodox community as synagogues increasingly re-open and re-expand their services.

When listing Sepharadi and Mizrahi precedent for forgoing hazarat ha-shatz in favor of heikha kedushah, R. Levine noted that “Spanish-Portuguese communities use [heikha kedushah] for Mussaf on Shabbat.” This presentation, however, paints an incomplete picture of the S&P approach. I would like to briefly clarify that approach, and also argue that it could serve as an unaddressed precedent for Ashkenazic synagogues to discuss, should any wish to.

First, it is instructive to look at a broader picture of the S&P minhag, as described in Rabbi Dr. Herbert Dobrinsky’s A Treasury of Sephardic Laws and Customs:

At weekday Minha, the Amida is said aloud at the beginning until the end of the kedushah, and then it is recited silently. The hazzan then begins to read aloud just before the reze. On the Sabbath and Festivals, the hazzan reads the whole Minha Amida aloud with no repetition. At the Shaharit on the Sabbath, the Amida is first said in silent devotion and is then repeated aloud in its entirety by the hazzan. For the Musaf, the hazzan reads the Amida aloud throughout, and there is no repetition.

Although hazarat ha-shatz does find itself making a more frequent appearance during the Yamim Noraim services, the above is the current minhag of the community as practiced at New York City’s Congregation Shearith Israel. However, that was all before the COVID-19 pandemic. As a result of the need to cut service length, Shearith Israel, like many synagogues, made the decision to eliminate hazarat ha-shatz entirely from all services and has yet to bring it back. The current sexton of the synagogue noted to me that it will likely be one of the very last parts of the service to return.

This is especially notable as Shearith Israel, currently under the spiritual leadership of Rabbi Dr. Meir Soloveichik, finds itself occupying space within both the Ashkenazic and Sephardic worlds. A large percentage of the membership comes from a German Orthodox background and many well known members also frequently attend (and share membership with) Congregation Kehilath Jeshurun, Lincoln Square Synagogue, and the Jewish Center. In fact, practices such as the entire congregation standing when kaddish is recited as well as the inclusion of hazarat ha-shatz for Shaharit prior to the pandemic were both accepted as compromises with the Ashkenazic population.

Of course, I cannot answer whether “the fate of the post-pandemic hazarat ha-shatz [could] have been different had it not served as a foot soldier in the battles of the early nineteenth century.” But I also do not believe it is incredibly unlikely for the Maimonidean model—or a variant thereof—to make a return, especially if one prays 15 blocks downtown from the Jewish Center.

Given Shearith Israel’s place of prominence within the American Modern Orthodox community, their inclusion of Ashkenazic members and practices otherwise, and their decision to eliminate hazarat ha-shatz entirely without yet reintroducing it, I believe a more detailed discussion would have been warranted as a potential source of precedent for other post-pandemic synagogues within the Modern Orthodox orbit.

Thank you to Rabbi Yosie Levine for encouraging me to submit this letter and to my father-in-law, Hazzan Rabbi Ira Rohde of Shearith Israel, for ensuring its accuracy.

If Modern Orthodox Outreach is to Work, We Need to Define Some Terms

R. Steven Gotlib published a thought-provoking article entitled, “Is Modern Orthodox Kiruv Possible?” in which he explores why Modern Orthodoxy doesn’t do outreach well (at least compared to the Haredi world).

R. Gotlib offers a number of compelling observations—in particular, that many typical, self-identifying Modern Orthodox leaders lack the certitude and ability to articulate their commitment to the entirety of Halakhah in a manner that is both resonant and unapologetic. If one is not confident regarding their own beliefs, it’s not reasonable to expect that they should be passionate about promoting it to others.

I will add that for some Modern Orthodox rabbis who have adopted a postmodern or relativist outlook, the notion of kiruv is itself a precarious enterprise. When truth becomes subjective, there is no reason why my “truth” should be better than the next person’s “truth.”

Furthermore, even those who can articulate an unapologetically frum Modern Orthodox (Torah Umadda) outlook, there is a question of resource allocation. Many rabbis who work with Modern Orthodox youth (in school or youth groups) see retention within Modern Orthodoxy as itself a form of kiruv. How can we justify our efforts in performing outreach when we are already struggling to retain our own youth within the fold of halakhic observance? (A case in point, OU’s Jewish Learning Initiative on Campus is, in fact, not an outreach organization but rather an effort to stem attrition.)

Finally, I often find that the term kiruv means different things to different people. Colleagues have expressed to me that kiruv is about cultivating positive associations with Judaism. While I concede that creating such experiences is oftentimes necessary, we are often prone to forgetting that the ultimate goal is to encourage halakhic observance—after all, the imperative to perform kiruv is generally considered to be rooted within the mitzvah of tokhahah – rebuke. Creating positive Jewish experiences may be a worthwhile hekhsher mitzvah – a preparatory step, but we should be careful not to conflate it with the ultimate goal of facilitating halakhic observance.

There is much more to discuss regarding the kiruv enterprise. That being said, I believe what I pointed out are among the most salient issues unique to Modern Orthodoxy’s version of outreach.