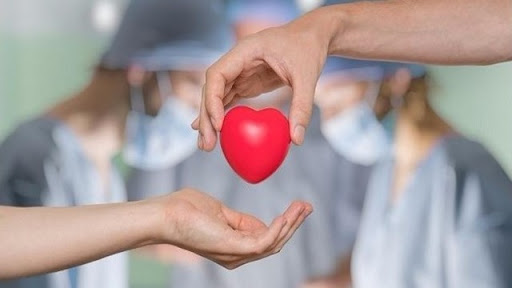 Rosh Hashanah is a time for reflection, for looking back at the year gone by and ahead to one just beginning. It is also a time to think about life. And there is so much to think about this Rosh Hashanah: lives lost and lives spared, lives taken and lives saved, lives of meaning and lives that matter. Amidst these weighty issues, Rosh Hashanah 5781 also challenges our Jewish community to think deeply, and maybe even differently, about the gift of life and how it is given.

While most Jewish holidays revolve around a significant event in Jewish history, Rosh Hashanah is different. No major event in Jewish history happened on 1 Tishrei. In fact, this holiday is not even celebrated on the first day of the Jewish calendar, (1 Nisan). And the liturgy of Rosh Hashanah speaks far more about “all God’s creations” and “all the earth’s inhabitants” than the Jewish People or the covenant at Sinai. Where most other Jewish holidays speak to us as Jews, Rosh Hashanah addresses us as members of the human race. Rosh Hashanah thus challenges us to reflect on our experiences over the past year through the shared lens of our common humanity.

In reflecting on these shared human experiences of the past year, we recognize our community’s heroic healthcare workers who selflessly put themselves in harm’s way to save human lives throughout the pandemic, and appreciate the similar acts of kindness that were reciprocated by men and women of all races and religions. Thousands of Jews (many from the ultra-Orthodox community) donated antibody-rich plasma to save the lives of fellow human beings who were critically ill with Covid-19 and an overwhelming majority of our communal organizations instinctively stood in solidarity with non-violent protests against racial discrimination. These Jewish communal responses derive from a deeply rooted sense of equity toward our fellow human beings.

Unfortunately, while our Jewish communal conscience is hardwired to embrace the examples above, we enter Rosh Hashanah 5781 burdened by a different iniquity of inequity.

Many of us have loved ones or close friends suffering from organ failure and in desperate need of a life-saving transplant. Based on regional demographics, more than 1,000 members of the NYC-area Jewish community are on the UNOS (United Network for Organ Sharing) ‘waiting list.’ While it is easy to think of those individuals as waiting, hoping, and praying for an ‘organ,’ in truth what they really need is a donor family who, in the midst of its own grief, makes the incredibly kind and generous decision to save lives by donating their loved one’s organs. While families can direct the donation of a loved one’s organ to a relative or friend on the UNOS list, most organ transplants result from a family’s noble decision to save the life of a fellow human being, with the recipient determined by a complex algorithm that is blind to race or religion. In 20+ years as a synagogue rabbi and now as an organ donation professional, I’ve never seen a Jewish family decline a suitable organ that could save their loved one’s life.

But while we are fully prepared to accept an organ that another family has so graciously donated, when members of the Jewish community have the opportunity to ‘pay forward’ that kindness to a fellow human being suffering from organ failure, Jews decline to do so more than 70% of the time. Many times these demurrals are based on misinformation and flawed halakhic reasoning. Violating the integrity of a dead body (nivul ha-meit) is, unquestionably, a serious transgression; but like all negative commandments other than murder, idolatry, and sexual immorality, nivul ha-meit is permitted – even required- when a life may be saved as a direct result.[1] In the words of the great dayyan of Vilna, R. Avraham Danzig: “Anything may be done to a dead body in order to save another life” (Hokhmat Adam, Hilkhot Aveilut, 158:11). And the baseless notion that burial sans a missing limb or organ precludes participation in tehiyat ha-meitim was already debunked by Saadia Gaon, who explains (Sefer Emunot ve-Dei’ot 7:1-2) that resurrection – in whatever forms it takes – is a miraculous process of (re-)creation that is completely independent of the deceased’s physical form, which completely decomposes, to say nothing of this myth’s implications for the millions of Jews whose murderers left no body to be buried.

Within the Orthodox community, however, refusal to donate life-saving organs is most often grounded in the halakhic debate surrounding the definition of death. The publication of the Harvard criteria for brain death determination in 1968 essentially divided halakhic authorities into two camps, one recognizing brain death as the ‘irreversible cessation of autonomous respiration‘ defined by the Talmud (Yoma 85a) and Shulhan Arukh (Orah Hayyim 329:4), the other maintaining that death occurs only when cardiac circulation completely ceases. The former camp tends to embrace organ donation as a mitzvah, whereas the latter considers the removal of essential organs from a body with a beating heart to be murderous. Declining the opportunity to donate organs is a personal choice that must be respected, especially if the decision is rooted in a principled halakhic position.

But a principled halakhic position must have integrity; it must be an equitable one that affirms the value of every human life. Anyone who declines the opportunity to save a life through organ donation – especially if he or she considers it to be murderous- should be prepared to decline a donated organ that could save them or their loved one. Likewise, anyone who is prepared to accept the beneficent gift of a donated organ should be prepared to donate organs to save the life of a fellow human being.

Many similar arguments have been advanced to justify the position of ‘receive but not donate.’ These arguments generally maintain that because the doctors have already decided to remove the organ from the donor, the act of murder is not directly linked to the recipient. Once the ‘violation’ has been reduced from murder to merely ‘strengthening the hands of sinners,’ the opportunity to save the life of the recipient by accepting the organ for transplantation takes precedence.

To my mind, these arguments fail on two levels. Firstly, they are based on a mistaken understanding of the organ donation and allocation process. Vital organs are not simply removed from a donor with the recipient yet to be determined. In almost all cases, a very specific recipient is identified based on a multiplicity of ‘matching’ criteria; the organ is then ‘offered’ to the potential recipient. Only once the organ has been accepted by the recipient (and his or her transplant surgeon) does the recovery surgery take place. If no suitable recipient is identified, that organ will not be recovered for transplant. For those that reject brain death, the decision made by the recipient to accept an organ offer is analogous to the decision made by a donor family to donate: neither is overtly committing an act of murder, but both are ‘authorizing’ its commission. The consideration of pikuah nefesh should either be sufficient to supersede such an act, or not. But maintaining that pikuah nefesh is sufficient to permit the authorization of murder to receive an organ but insufficient to donate one smacks of inequity.[2]

Even if one were persuaded by the legal technicalities put forth in support of receiving but not donating, these arguments still fall short of the halakhic system’s lofty standards. The Talmud (Yerushalmi Bava Metzia 2:5), Rambam (Mishneh Torah, Laws of the Foundations of the Torah 5:11 and Laws of Slaves 9:8), Ramban (Commentary on the Torah, Lev. 19:2 and Deut. 6:18) and R. Samson Raphael Hirsch (Commentary on the Torah, Deut. 6:18) all stress that the law is necessary but not sufficient in shaping proper Jewish conduct. They emphasize that in order to prevent ‘Torah-endorsed corruption’ (naval bi-rshut ha-Torah) and hillul Hashem, sometimes acts technically permitted by law must be rejected in order to meet Judaism’s overarching ethical standard of “You shall do what is upright and good in the eyes of the Lord” (Deut. 6:18). Even if a technical halakhic argument can be made in support of receiving organs but not donating, such a position epitomizes R. Aharon Lichtenstein’s scenario where “the fulfillment of explicit halakhic duty could fall well short of exhausting clearly felt moral responsibility… [and] the full discharge of one’s formal duty as defined by din often appears palpably insufficient” (Does Jewish Tradition Recognize an Ethic Independent of Halakha?).

The Jewish cultural bias against deceased donation is a strong one and the principled halakhic rejection of brain death even stronger. How, then, do we address the iniquity of inequity and save more lives in 5781?

The first step is for rabbis, poskim, and Orthodox community leaders to acknowledge the inequity of receiving without donating, and then reject it as unethical. Then, motivated by the prospect of thousands within the orthodox community who reject brain death dying from organ failure and unable to receive a transplant, American halakhic authorities should follow the lead of their Israeli counterparts. Faced with a public health crisis due to the scarcity of Jewish donors and the unwillingness of the Eurotransplant organ sharing network to continue sending organs to Israel while receiving none in return, a group of prominent Israeli rabbis, poskim, and Rashei Yeshiva, have taken on the challenge of revisiting the matter of brain death in light of new scientific and medical discoveries, guided by expert physicians. Not surprisingly, because in Israel equity is an inescapable fact and not merely an ethical ideal, far more halakhic authorities in Israel have come to embrace both brain death and organ donation.[3]

Once the topic of brain death has been thoroughly reexamined in light of new scientific realities, poskim must rule in accordance with their application of the relevant halakhic principles to the realities of modern medicine. Those that come to embrace brain death as halakhically valid should encourage their followers to both donate organs after their death and accept organs for transplant. Those that reject brain death and maintain the standard of circulatory death should forbid post-mortem organ donation; at the same time, they should follow the lead of poskim like R. Hershel Schachter[4] and make it clear to their followers that receiving an organ for transplantation is potentially just as problematic. Freed from the inherent inequity of receiving but not donating, both of these positions would be mekadesh shem shamayim.

5780 has reminded us that we are an interconnected part of a larger community called humanity. In the words of R. Joseph Soloveitchik, as resonant today as they were in 1964: “we, created in the image of God… are human beings, committed to the general welfare and progress of mankind, [that we are] interested in combating disease, in alleviating human suffering, in protecting man’s rights, in helping the needy…” (Confrontation). As we reflect this Rosh Hashanah on our shared humanity, let’s resolve to atone for our iniquity of inequity, thereby meriting inscription in the Book of Life – some as recipients and others as donors.

[2] It should be noted that the Orthodox community, largely due to the incredible efforts of the Renewal organization, should be recognized for its disproportionately high number of live-donor kidney donations which save hundreds of lives each year. However, application of the equity principle dictates that those willing to donate a kidney to a fellow Jew should only be prepared to accept a kidney from a fellow Jewish live donor, but not a life-saving heart, lung, liver, or pancreas from a deceased donor.