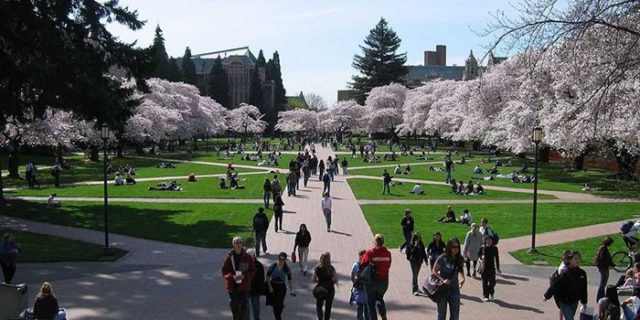 In the Winter 2014 issue of the Jewish Review of Books, Daniel Gordis penned a controversial article: “Conservative Judaism: A Requiem.” In it, he tracks the astounding collapse of the Conservative movement, from 41% of American Jews in 1971 to 18% in 2013 according to the Pew Research Center’s “Portrait of Jewish Americans.” There is no shortage of theories offered for the dwindling numbers of Conservative-affiliated Jews, and there is surely no single cause. However, no member of the professional punditry pointed out the most obvious explanation, borne out by the Pew study itself, which suggested that Conservative Judaism was not hemorrhaging members at all.

Its ranks are simply no longer being replenished through Orthodox attrition.

The top line of this chart—the Orthodox retention rate—has rightly been deemed significant. Among the Silent Generation, only 22% of those raised as Orthodox Jews remained within Orthodoxy. That rate steadily increases in each generation, to the point that 83% of Generation Y and Millennials remain Orthodox. Of course, as the survey notes, it is possible that there is a steady attrition rate from Orthodoxy throughout life, but it is difficult to believe that 19% of dropouts from Orthodoxy leave after they turn 65. When it happens, it happens during the key identity-forming years of adolescence and young adulthood.

The data below the top line is even more significant, though. Let us ignore the percentage of Orthodox dropouts and instead look at where they went when they left. Among those age 65+, a solid majority (58%) joined another denomination. Someone over the age of 65 who was raised Orthodox is more likely to be a Conservative Jew (29%) than an Orthodox Jew (22%)!

However, the movement of Jews from Orthodoxy to the Reform and Conservative movements slowed to a trickle and has now all but stopped. The drop is linear and precipitous: from 58% to 28% to 17% to a mere 1%. If you are looking for a reason why the ranks of Conservative Judaism are shrinking, here it is. They are simply no longer picking up Orthodox dropouts in any significant numbers.

This passes the eye-test as well. I was a JLIC educator at the University of Maryland, the school that attracts more Modern Orthodox day school graduates than any school outside of New York. I know a great many Jews who were raised Orthodox and who are no longer observant. Very few of them joined other denominations.

This brings me to my colleague Zev Eleff’s “The Vanishing Non-Observant Orthodox Jew,” which is somewhat analogous to Gordis’s requiem. Eleff chronicles the dwindling phenomenon of Jews who identify as Orthodox but who are not personally observant. However, I think that Eleff’s narrative is flawed on two levels: it is no longer up to date, and it does not make the critical distinction between “identity” and “affiliation,” without which it is impossible to understand the dynamics of these phenomena. He may take heart, however, in the fact that neither the Pew Research Center nor the analysis it sparked made this distinction either.

Let us look closer at the aforementioned 83% retention rate among young Orthodox Jews. It would be a mistake to conclude that remaining “Orthodox” implies maintaining a certain level of observance. Rather, as I have written elsewhere, Orthodox Jews who leave observance nowadays remain, by and large, within the Orthodox orbit. When the “Half-Shabbos” phenomenon became a hot topic in 2010, I disagreed with those who viewed it as an incipient crisis of observance, writing:

I believe that these are the first stages of a return to a “Big Tent Orthodoxy”—an Orthodoxy that will be far more welcoming and tolerant of a wide swath of observances and ideologies, or lack thereof … in a way that simply acknowledges that everyone is entitled to a place in shul without having to undergo a tzitzis check.

The presence of Jews who are far from Orthodox doctrine and practice in Orthodox synagogues is increasing. Chabad, where the gap between the movement’s doctrine and practice and the practices and beliefs of rank-and-file worshippers is perhaps greatest, has met with phenomenal success in recent decades. “Open Orthodox” synagogues appeal directly to non-observant members on these grounds and have met with a great deal of success in attracting them. Orthodox services are frequently the most popular Friday night services at Hillels across the country.

Eleff’s requiem for the NOOJ therefore belongs, it seems, to an earlier generation; news of the NOOJ demise turned out to have been premature.

This takes us to the second critique, the critical distinction between identity and affiliation. The Pew study uses these terms interchangeably, which obscures any meaningful conclusions that can be drawn about those who affiliate with Orthodox institutions but do not personally identify as Orthodox Jews. As Eleff notes, at some point the term “Orthodox” became synonymous, at least colloquially, with the term “observant.” Some Jews are therefore hesitant to apply the moniker “Orthodox” to themselves even if they affiliate with Orthodox institutions. It is even possible that many Jews who identify as Reform, Conservative, or “none” in fact affiliate with Orthodox institutions. This comports with what I and others have observed, with what Jay Lefkowitz chronicled in “The Rise of Social Orthodoxy: A Personal Account,” and even with the endless scrutiny of America’s Non-Observant Orthodox First Family.

Entering into more speculative territory, the Pew Center’s failure to distinguish between affiliation and identity seems to be rooted in a specifically American bias that Eleff mentions at the beginning of his essay: the failure of the American imagination to grasp the “lapsed Catholic” phenomenon, wherein one’s social and cultural life takes place within a community of faith that one does not espouse. Americans, after all, grew up with the mythos and ethos of the Puritan founding fathers, who would not brook even the slightest discrepancy between belief and practice, the profession of a creed without observing its laws, or observance of a law without profession of its creed. In other words, America adopted a thoroughly Protestant conception of religion as personal creed and church as a place where the like-believing go to worship together.

But most of the world does not share this concept of religion, and so there remains, for better or worse, a tolerated discrepancy between affiliation and observance. This is true of Jewish communities around the world as well, and especially in Israel, where what Americans call “Orthodoxy” is simply the default form of Judaism, even where there is a very wide spectrum of observance. The reemergence of the NOOJ, therefore, should be viewed as the return of American Judaism to the forms that characterize Jewish communities elsewhere.