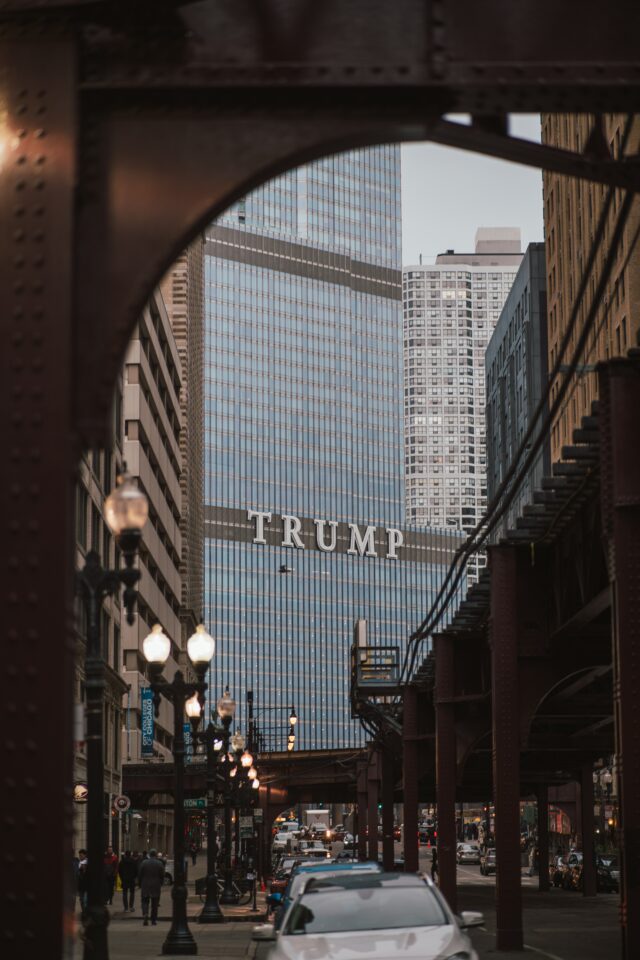 The morning after the November 2016 presidential election, I wrote that religious conservatives had lost―not the night before, but several months earlier, when Donald Trump clinched the nomination.[1] Nothing since has led me to retract what I said then. Almost five years have passed: Trump is no longer in office. If then I considered what we could expect from his administration, my question today―in the aftermath of his term―is what we should demand of ourselves, as traditional religious individuals and as Orthodox Jews.

Five years ago, I did not think that Trump had strong convictions on the matters of most importance to religious conservatives. And I was concerned about his volatile and self-centered personality, fearing that even his declared positions could quickly reverse themselves under the impact of a perceived snub or a transient political calculation. About his pro-Israel platform, I was guardedly optimistic. His presidency did indeed pursue policies that many of us advocated or at least approved of. How we would have fared in a second term we have no way of knowing.

President Trump’s judicial appointments strengthened the standing of traditional religion in the courts. I expected this: he owed it to a significant portion of his supporters. Like almost all the religious intellectuals I know, I found Trump’s lack of disciplined integrity and contempt for public civility appalling.[2] We may be shocked but have no right to be surprised by his subsequent behavior: his irresponsible statements about the COVID epidemic, his unprecedented refusal to acknowledge at all―let alone graciously―that he lost the 2020 election, and the remarkable number of his major appointees who tried to serve him and left embittered. Democracy is a fragile system of government: it survives through unwritten rules of civility and fair play. It was Trump who breached them with insouciance, up to and including his exhibition of narcissism and resentment on January 6th; it is the American people who must live with the consequences.

What is President Trump’s legacy?

For the world, for Israel, for his own country, it all depends on how much of it sticks. Let’s take the courts: In the short run, we religious traditionalists are better off; religious freedom and religious interests are better protected. Look at a situation we did not anticipate: When the current health crisis developed, government officials placed restrictions on social gatherings. In New York and elsewhere, the limits set down for religious services were sweeping and ungrounded in architectural reality. For example, no distinction was made between large and small houses of worship. The same officials allowed great public demonstrations for various secular causes they favored, citing their overriding social value.[3] Whatever the reasons for this discrepancy—and they include indifference to the facts, derogation of traditional religion, irritation at perceived and real defiance by some segments of Orthodoxy, perhaps even the calculation that frum people increasingly vote Republican—we needed the courts to restore a sense of proportion. As a small and not very fashionable minority, this should matter to us.

In politics, however, action breeds reaction. The Republican Senate, hoping for a Trump presidency, did not accord Merrick Garland, President Obama’s Supreme Court nominee, the courtesy of a hearing. Bruce Ackerman, a leading liberal professor at Yale Law School, suggested in passing a possible rationale in that Senate confirmation hearings nowadays are virtually guaranteed to side-skirt substantial discussion of pertinent issues.[4] All the same, the incident leaves a bad taste, especially when compounded by the rush to confirm Justice Amy Coney Barrett in the waning days of Trump’s term. President Biden in turn has been pressed to respond in kind, perhaps even to revive the court-packing scheme proposed by Franklin Roosevelt over eighty years ago. In the long run, the blatant politicization of the judiciary may not be good for religious Jews.

Some insist that supposed crises like COVID or climate change are exaggerated or “fake news.” However, if they are real, the social and economic effects will be drastic. At the very least, we will get the kind of massive bureaucratic intervention that conservatives fear; at worst, we will suffer enormous social unrest that is liable to endanger the well-being and even the physical security of Jews and especially of Orthodox neighborhoods. Benign neglect of these challenges will retrospectively prove an irresponsible, even suicidal exercise in wishful thinking.

Prime Minister Netanyahu defied Obama on the Iran deal. He got much of what he wanted from the Trump administration. While this was happening, the anti-Israel and anti-Semitic elements among Democrats waxed stronger; scathing condemnation of Israel among influential younger progressive Democrats is routine. Israel must currently navigate a rocky relationship with the new Democratic administration. Sometimes short-term factors should win out: Netanyahu may have been justified in publicizing his urgent disagreements with the Americans. Perhaps the escalating disaffection of progressives towards Israel cannot be prevented, given their collective alienation from traditional religion, unease with Western national self-assertion, and many of their social and cultural commitments. Nonetheless, it is our responsibility to slow or reverse these trends. Short-term benefits have a price.

For those few able to influence the future course of the Republican Party, the aftermath of Trump is aggravating. Its prospects as a respectable resource for traditional and conservative ideas and policies have been damaged not only by the disrepute of Trump’s conduct, but also by the fear and distaste that have led many potential leaders to withdraw from public political life―lest they be driven out by Trumpian zealots.

Lastly, and most importantly, what of our primary goal to live lives of yirat Shamayim (fearing and revering G-d) and to build communities of civility and decency? The accelerating crudity and personal amorality of our culture cannot be blamed on Donald Trump alone. John Adams worried that democracy risks a cult of celebrity detached from merit.[5] Trump is less a cause than a product of this culture. Legitimate interests may compel us to alliances with people of poor character, at the risk of enhancing their status as role models. But isn’t it true that many voluble Orthodox Jews’ delight in their leader’s egregiousness exceeds pragmatic, instrumental support? Is it not true that precincts in the Orthodox world are pervaded by an overheated, stifling conformist partisanship that is no less self-righteous, oppressive, and corrosive of moral principle and critical thought than the obligatory mantras of elite intellectuals at progressive universities?

Is this romanticized view of President Trump merely hard-headed partisanship run amok? If all politicians are amoral rabble-rousers, one snorts, let us cheerlead shamelessly for the rabble-rouser we have picked. Rabbi Blau has mentioned that the Holocaust reinforces our distrust of fine words of enlightened opinion.[6] Closer to home, I would add the urban convulsions of the 1960s and 70s, when the liberal establishment abandoned less privileged Jews who were victims of ongoing violent crime.

Yet I fear there is more to it. “In your face” celebration of this president’s style reflects a measure of perverse “bad boy” admiration and identification: not only what policy we want, but who we are.[7] Who many of us do not want to be is “losers,” which includes letting moral reservations come between us and being “winners.” Liberal Jews may be guilty of “virtue signaling” as a way of identifying with the progressive elites, while their would-be populist antagonists in our ranks relish angry rhetoric to affirm their solidarity with the aggrieved Americans whom the elites disdain.

If I am right to detect this tendency, its operations―though they may be catalyzed by partisan politics―cannot be confined to the limited sphere of political spectatorship. The moral and religious challenges are chronic: they arise from our own moral and religious deficiencies; they are not mere reflexes of external stimuli. As I suggested above, the atmosphere of the public square has become more polarized and less civil in recent decades, even while the Trump ascendancy has exacerbated conflicts, and developments that may have been beneficial for traditional Jews in the short term may undermine our situation in the long run. We have little power to alter the past or to direct the larger society. We do have the responsibility to direct ourselves. It will take greater intellectual discipline and self-examination than we have exhibited in the past.